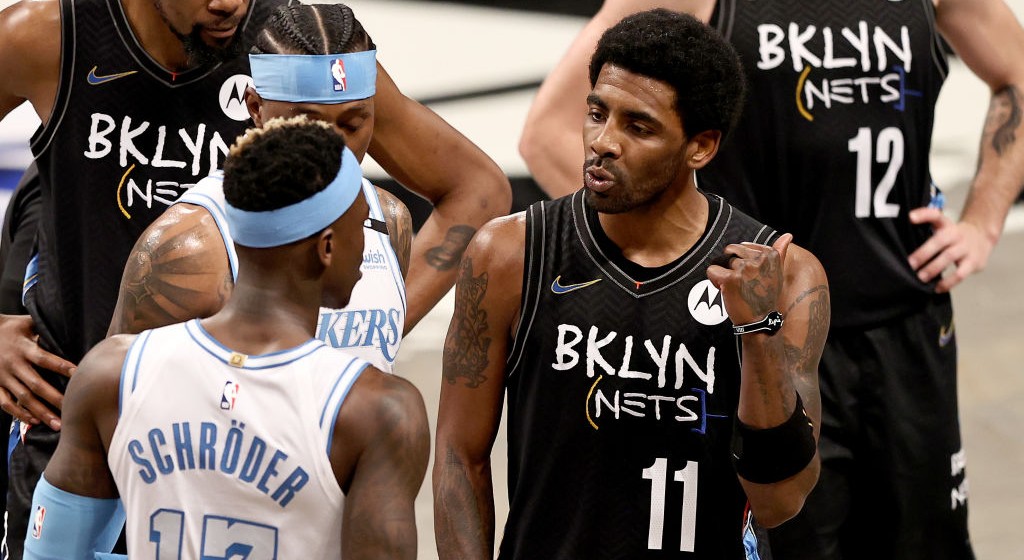 Kyrie Irving has no plans to join the Brooklyn Nets any time soon. According to a new report, Irving will not receive a vaccine to protect himself and those around him from COVID-19 even though the team announced on Tuesday that he will not be allowed to participate in any activities until he does.

As explained by Shams Charania of The Athletic, Irving is the only remaining person with a Tier 1 distinction to not receive the vaccine in the Nets’ organization. But despite that, his mind appears to be made up on not receiving one at any point in the foreseeable future, something that is understood by those in the locker room.

Nets general manager Sean Marks acknowledged Tuesday that Irving is not vaccinated for COVID-19. The All-NBA star and the Nets had received some good news on Friday when New York City Hall ruled that the team’s practice facility, HSS Training Center, is a public office building — clearing Irving to return to practice on Sunday. But as of now, Irving has no plans to be vaccinated, sources say. Within the franchise and the players in the locker room, it is understood that Irving’s decision is what it is.

The Nets determined that Irving will not be allowed to join the team in any capacity until he is vaccinated. It was recently determined by New York officials that Irving could practice at the Nets’ facility, but instead, Charania reports that “the Nets did not want to deal with the distraction of Irving being a part-time player and wanted him to fully commit to the team — or stay away.”

Irving’s decision to stay unvaccinated is apparently because “he is upset that people are losing their jobs due to vaccine mandates” and he “wants to be a voice for the voiceless.” At least 716,000 Americans and 4.55 million people worldwide have died as a result of COVID-19, while billions of people are vaccinated worldwide.