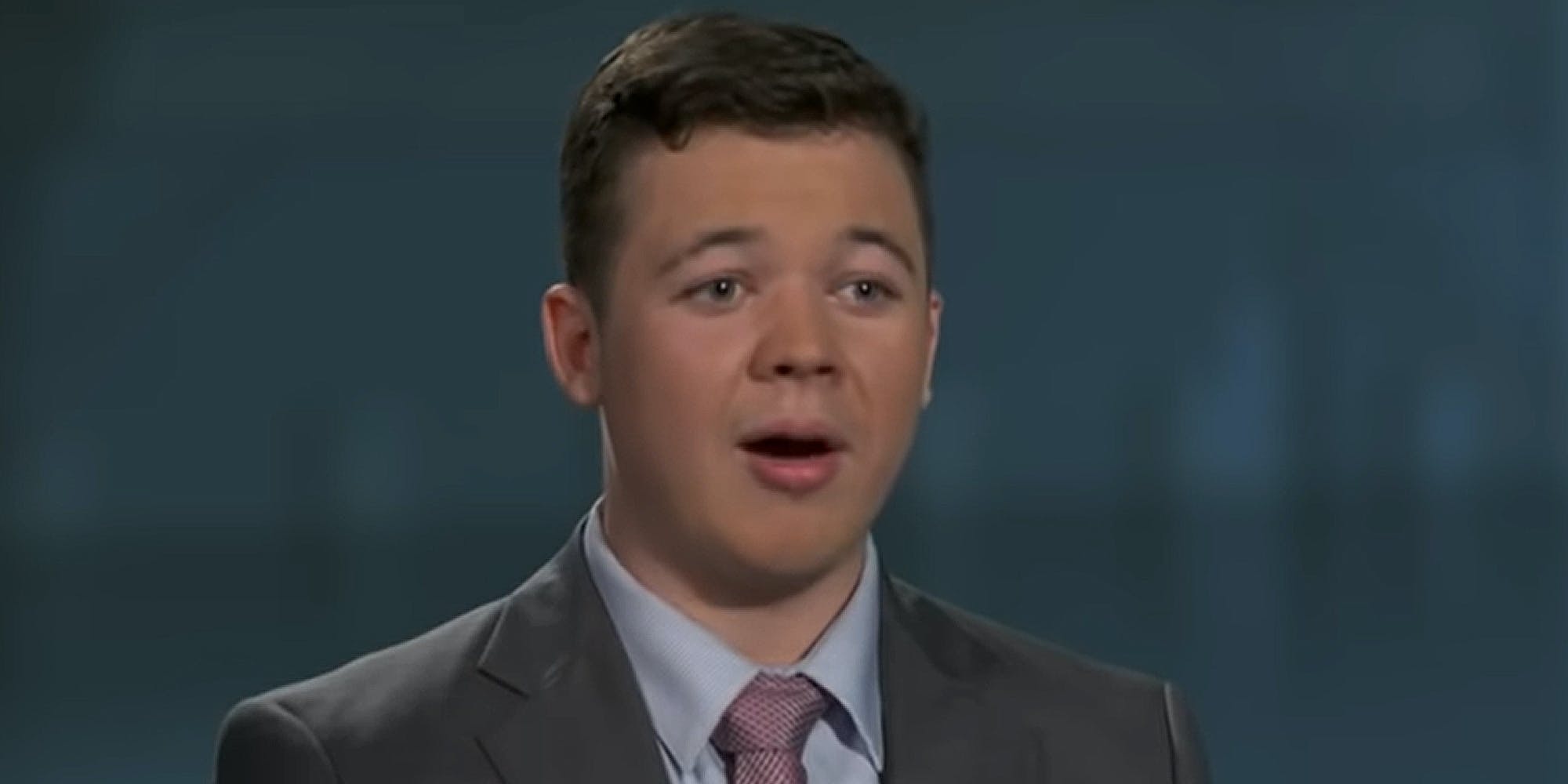 A pair of viral TikToks show Kyle Rittenhouse with his supposed girlfriend, who reportedly posted the footage about their relationship.

TikTokers are divided about Rittenhouse finding love. Reactions seem to depend on their feelings about the teen.

Late last year, a jury acquitted Rittenhouse of killing two and wounding a third during civil rights protests in Kenosha, Wisconsin. The shootings and subsequent media attention made Rittenhouse a polarizing quasi-celebrity. Many conservatives and far-right figures look to him as a sort of folk hero. Conversely, many liberals and civil rights activists loathe him.

It’s unknown whether the woman in the photos is Rittenhouse’s actual girlfriend. The TikToker who purportedly posted the original footage has made her account private. She didn’t approve a follow request from the Daily Dot on Tuesday afternoon.

TikToker Kristen (@kla607) first reposted the footage late on Monday. It shows a photo of Rittenhouse with the woman, text messages about missing and loving each other, and a call log that shows phone calls and FaceTimes with “Kyle Rittenhouse.”

Kristen jokingly captioned it, “Those calls from prison must cost him a fortune aw.”

The song playing over the video is Kylie Morgan’s “If He Wanted To He Would.”

A second TikToker posted an extended version of the same footage. Janine’s (@janinewitha9) TikTok shows the same video along with additional photos of the pair.

Janine, who declined to provide her last name, told the Daily Dot that Rittenhouse’s girlfriend’s TikTok came across her For You page. Others commenting on the TikToks have also said it showed up on theirs as well.

“I thought it was just a typical girl making a TikTok about her boyfriend,” Janine said via TikTok direct message on Tuesday afternoon.

“Then I recognized that it was Kyle.”

After she recognized Rittenhouse, Janine went to the profile. “She had posted other videos with and about him so I realized it was a real video and not fake,” Janine said.

She said that the other posts include dance trends and “very conservative-leaning” content.

“I believe one of the videos was just her saying ‘Biden sucks’ and the sound was something along the lines of ‘We know,’” Janine said.

Comments on both TikToks are divided between people defending Rittenhouse and criticizing him.

“Well, obviously the media didn’t make it THAT hard for him to re enter society, huh,” said one, presumably referring to Rittenhouse’s plans to file multiple defamation suits.

When one lamented that the jury didn’t convict Rittenhouse, a heated debate broke out in subsequent comments.

“Self defense isn’t murder,” another replied. “Two dudes chased him with a crowd and the third had a gun. If he wasn’t Republican, y’all would love him.”

Janine told the Daily Dot she’s had other TikToks with more views, but understands why this one has inspired such an impassioned response.

“I just think that since this video is more controversial people are more harsh in the comments,” she said.