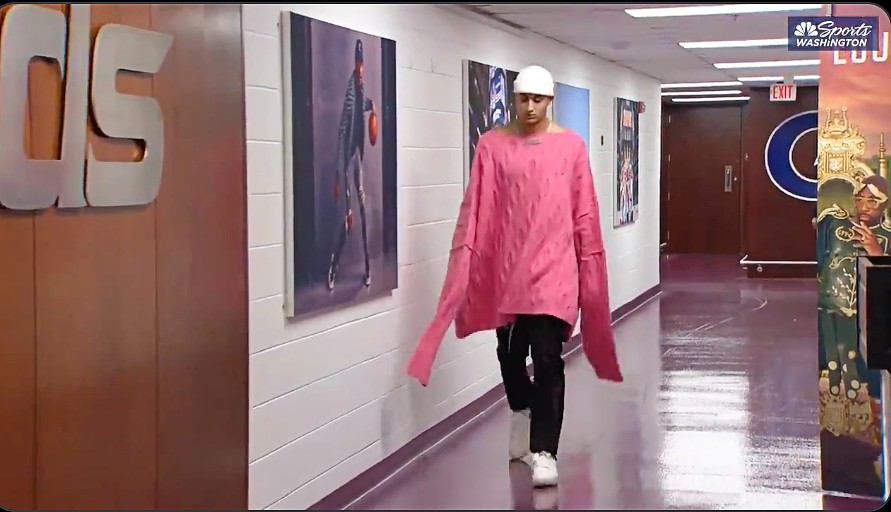 Kyle Kuzma is enjoying a strong season with the Washington Wizards. The 26-year-old forward is averaging a career-best 9.2 rebounds per game and, with solid efficiency and improved defense, Kuzma has been a large part of Washington’s hot start as a team. While there should be justified focus on his on-court contributions, Kuzma drew attention for his pregame attire on Tuesday before Washington’s matchup against the Charlotte Hornets, and only a picture can describe his outfit.

For one, Kuzma is listed at 6’10 and it is very difficult to imagine a sweater that could be as long as this one by design. Of course, that wasn’t the only observation made on the internet, and the jokes began flying in earnest.

The size of Kuzma’s sweater was genuinely jarring and, uh, that was noticed.

Then, there were jokes about certain resemblances.

It is too early to anoint this as a long-term meme that will make the rounds, but it is certainly easy to see how Kuzma’s fit would have staying power. Alas, he certainly attracted a lot of eyeballs before a Monday night game during a holiday week, and that may have been the point.