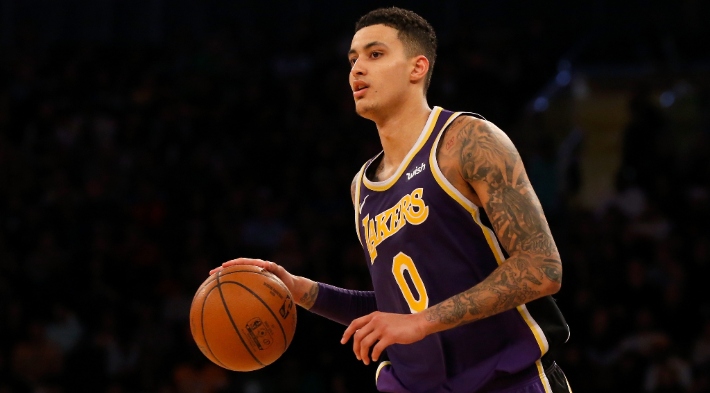 Everybody has an opinion about Kyle Kuzma. That tends to happen for players that are on the Los Angeles Lakers while that team is in championship contention, but it’s particularly true for Kuzma, who has a flare for the high life and isn’t afraid to share his thoughts online. Kuzma also seems to invite criticism because he was the one young player the Lakers held onto in the Anthony Davis trade last summer.

All that means it can probably get pretty stressful to be Kuzma. In a new Puma ad, Kuzma explained how the trolling and hating online act as fuel for him. The ad even features tweets from random users online ragging on Kuzma, set atop footage of him in a gym getting a sweat on.

There’s something to be said for Kuzma being able to stay on the floor in the Finals and contribute in the Lakers’ title run. Nobody would mistake Kuzma for an All-Star yet, but if he can continue to improve as a player, he has a long career ahead of him.

Many players like to say they are driven by criticism, but it’s hard to know. They would not be faulted by taking it harshly. However, Kuzma has handled the intensity of playing for the Lakers well and taken criticism on the chin as he’s gotten better over the year. That’s what he seems to want to channel in his public image, through Puma and otherwise.