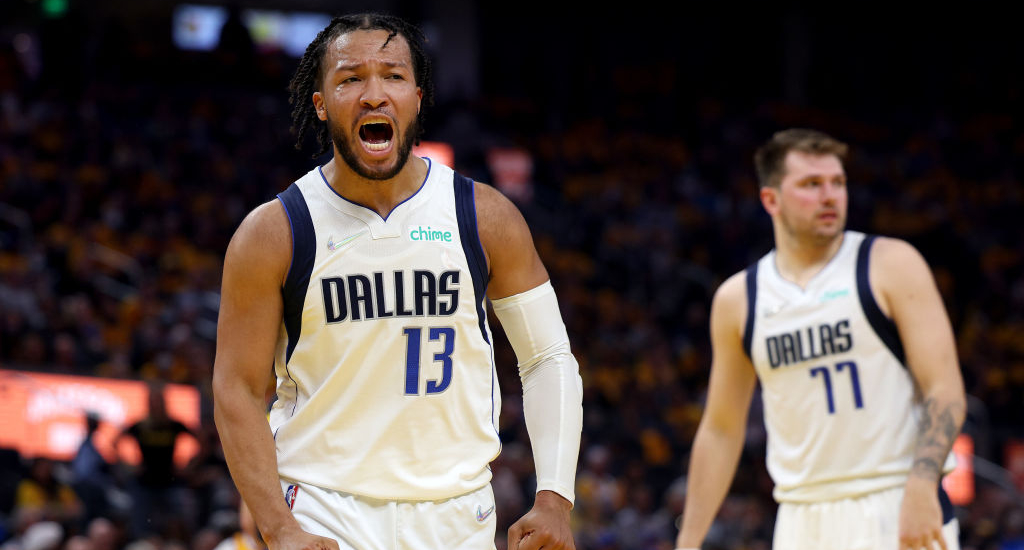 Less than a week before the NBA’s 2022 free agency period commences, Marc Stein reports that the New York Knicks’ pursuit of Jalen Brunson is “gaining major momentum.” The Knicks have long been linked to Brunson as a team that intends to target him aggressively this summer and Stein’s latest report makes clear those efforts are building steam.

“Sources say that New York’s ability during Thursday night’s NBA Draft to offload Kemba Walker’s $9.2 million salary for next season, coupled with a growing belief that it can shed further salary to expand its offer when the marketplace officially opens next Thursday, has established the Knicks as a very credible threat to bring Brunson to Gotham,” Stein wrote. “One source close to the process described that threat as ‘very, very, very real.’ ”

Stein reports that New York is expected to offer Brunson a four-year deal in the $100 million range, while the Dallas Mavericks believed a four-year deal worth roughly $85-88 million would presumably be enough to retain him when their season ended last month. Further, he notes that Brunson may want to become New York’s undisputed lead guard and call Madison Square Garden his home arena.

“Knicks president of basketball operations Leon Rose is not only Brunson’s former agent but essentially regarded as a Brunson family member after breaking into the player representation business with Brunson’s father, Rick, as his first client,” Stein wrote. “The Knicks also recently struck a deal to hire Rick Brunson as a new assistant for coach Tom Thibodeau’s staff. Father and son are extremely close, while Leon’s son, CAA’s Sam Rose, now operates as Brunson’s day-to-day agent.”

While Dallas does hold Brunson’s Bird Rights and is the lone team able to offer him a five-year deal that comfortably eclipses $100 million, Stein reports “it is not yet known how far beyond New York’s projected $100 million total Dallas is willing to go to try to keep Brunson.” Additionally, whether that fifth year and increased total salary could sway Brunson is undetermined.

Brunson enjoyed a career-best campaign in 2021-22, averaging 16.3 points, 4.8 assists and 3.9 rebounds on 58.3 percent true shooting during the regular season. He also starred in various playoff games and helped lead Dallas to its first Western Conference Finals appearance since 2011.