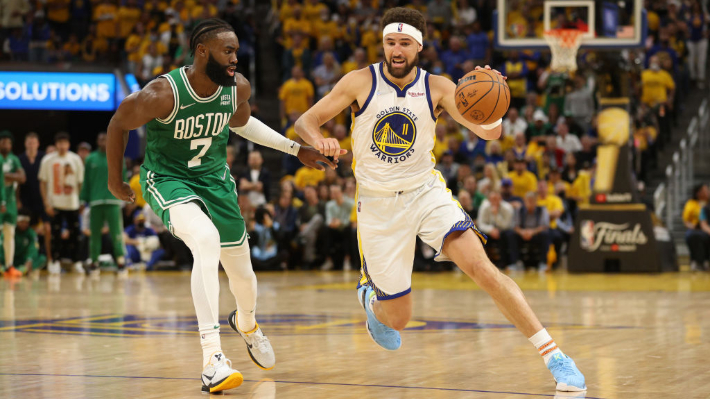 The Golden State Warriors led by as many as 15 points in the second half of Game 1 of the 2022 NBA Finals. As we’ve seen so many times over the years — especially when they’re playing big games at home — Golden State is excellent at landing a few haymakers and completely taking the opposing team out of a game.

That didn’t happen in Game 1. The Boston Celtics were able to withstand a flurry from the Warriors, compose themselves, and blow them away in the fourth quarter en route to a 120-108 win. On Saturday, Klay Thompson spoke to the media about what exactly happened and expressed his belief that Golden State got a little too comfortable upon opening up a big lead.

“The Playoffs are about being uncomfortable until you complete the mission… It’s about how we respond tomorrow, which I am very excited for.”

Klay Thompson is READY for Game 2.

“I thought we got comfortable when we went up 15, including myself, our team, the fans,” Thompson said. “We’ve done it so many times, we probably expected we were just gonna win. But then I reminded myself the playoffs are about being uncomfortably until you complete the mission. So, it was a harsh reminder, but it was something we needed to go through, including myself, and it’s about how we respond tomorrow, which I’m very excited for.”

Thompson scored 15 points on 6-for-14 shooting in Game 1 and hit three of his seven attempts from deep. The Warriors will look to bounce back in Game 2 on Sunday night.