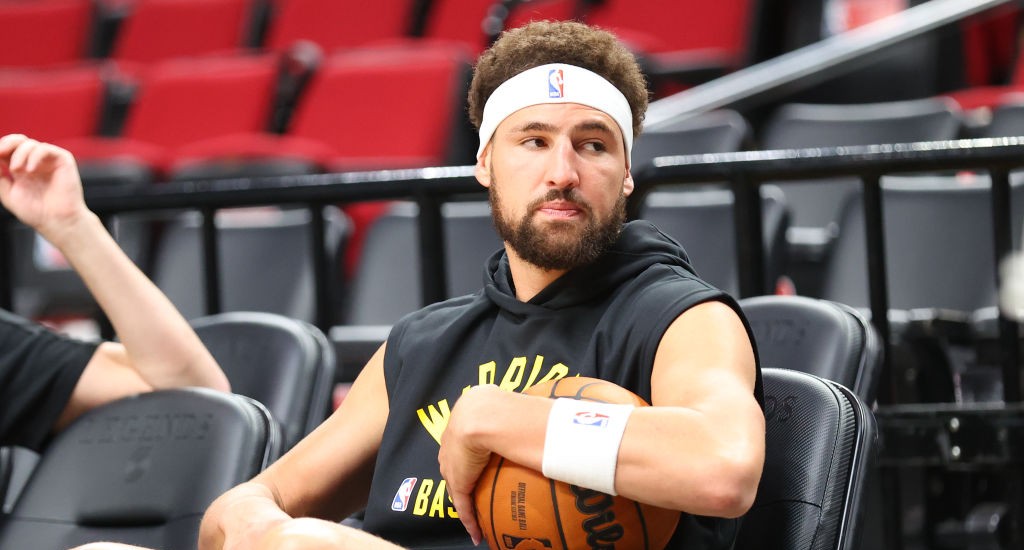 Klay Thompson’s return to the court for the Golden State Warriors after nearly two years away will be a big moment. The exact date for Thompson’s return is still to-be-determined, but the most recent reports indicate Thompson, now fully cleared for practice, could be back before Christmas.

Speaking to the media on Tuesday, Thompson went into details of scrimmages he’s been participating in behind closed doors with the likes of Leandro Barbosa and Zaza Pachulia (two ex-Warriors turned team employees) and current youngsters Moses Moody, Jonathan Kuminga and Juan Toscano-Anderson, among others.

“It’s so good having those guys back,” Thompson said. “I mean, we’ve got such a great history together. Leandro moves like he could still play. Zaza is just a smart player. He might be a little bit slower than he was, but he can set a mean screen and throw a great pass. Playing with Moses and [Kuminga] and Juan and all these other guys who are young and lively bodies is preparing me well.”

He said that Monday was the first time he had played with those teammates in any setting.

Thompson then went on to explain why he doesn’t fear getting hurt again despite suffering a torn ACL and ruptured Achilles over the last 24 months.

“I don’t fear getting hurt again because the last two times I did get hurt, it was such a freak accident you could say,” he explained. “And I hate to use the phrase ‘can’t wait’ because I love to be present in my life, but I cannot wait to play in front of our fans again. I really, really enjoy being a Warrior.”

Currently, the Warriors are 15-2 with the best record in the Western Conference. With Stephen Curry playing at an MVP level, Golden State looks like a legitimate title contender without Thompson having played yet.

“Oh, yeah. We’re 15-2. It’s a great indicator,” Thompson said when asked about the Warriors place in the title picture. “Our defense is top-three in the league along with our offense. And I’m not even out there yet. Think about that. Really think about that.”