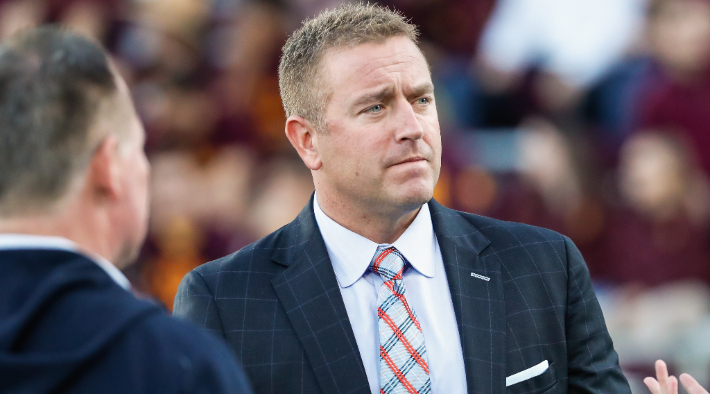 In the midst of a bizarre college football season, some conferences are scrambling to determine which programs will be eligible for championship games, with established minimums needing to be met. The most prominent example is Ohio State in the Big Ten, with the Buckeyes now facing a situation in which any cancellation would keep them from reaching the conference’s six-game threshold for inclusion and, by proxy, might keep one of the best teams in the country from winning its conference and putting itself in the best position for the College Football Playoff.

With that as the backdrop, famous Ohio State alum and ESPN analyst Kirk Herbstreit made controversial comments on ESPN’s air on Tuesday, saying that he thinks “Michigan waves the white flag” and “potentially avoids playing Ohio State.”

As noted above, Michigan missing the game would keep Ohio State out of the Big Ten title game but, in short, Herbstreit didn’t present any evidence for his claim. That drew the ire of many, not just in Big Ten circles, and Herbstreit issued a lengthy apology within a short period of time.

Herbstreit said he had “no business at all saying that” and “no evidence of that,” while also noting that it was “completely unfair” to Michigan. To his credit, Herbstreit didn’t hold back in accepting blame for what he said, though he did indicate that tries to “remain positive and upbeat, and I think sometimes we all have our breaking points.”

While the connection between Herbstreit and Ohio State undoubtedly raised the profile of this story in a hurry, Herbstreit is arguably the most famous analyst in the sport. As such, this kind of sentiment would draw attention under any circumstances and, in putting the apology out, he likely knew that and realized the misstep. Still, this is a talking point that will percolate across the college football landscape, and the response will be interesting on all sides in the coming days.