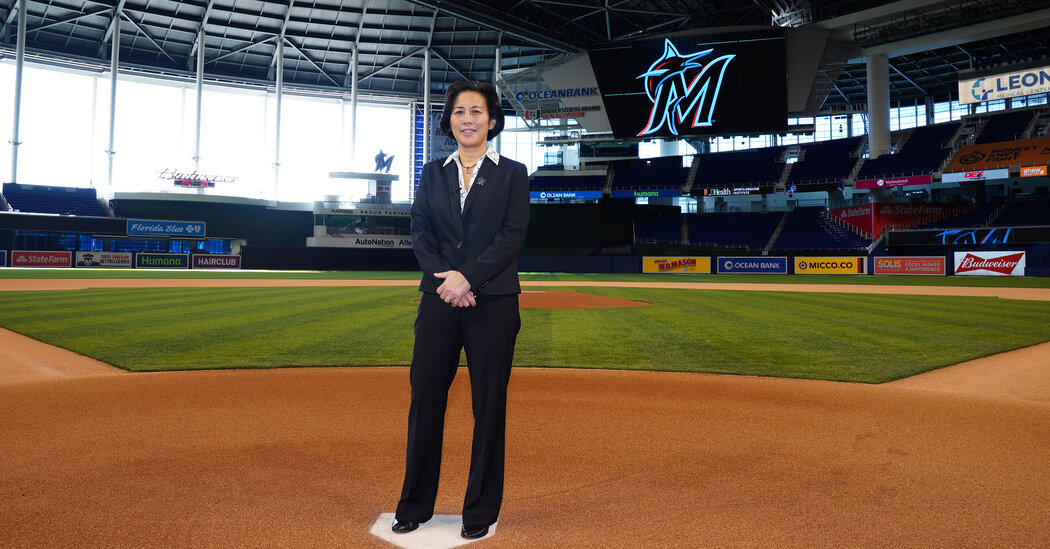 When Derek Jeter, the chief executive and a part owner of the Marlins, called Ng to tell her she had gotten the job, she said she felt a “10,000-pound” weight lifted off one shoulder. Then nearly 30 minutes later, she felt it had simply switched shoulders.

“I know that I am quite visible,” she said, adding later, “You’re bearing a torch for so many.”

Ng is believed to be the second person of Asian descent to lead an M.L.B. team. Farhan Zaidi, who was born in Canada to parents from Pakistan, was the Los Angeles Dodgers’ general manager from 2014 to 2018 and is now the San Francisco Giants’ president of baseball operations.

Ng, who worked as an assistant general manager for the Dodgers and the Yankees, and most recently as M.L.B.’s senior vice president for baseball operations, admitted feeling deflated over the years after interviewing for several general manager openings and not landing the gig.

She said it was difficult to go through those failures publicly and felt that sometimes the interviews were just about checking a diversity box. But she did them anyway because she wanted other team owners to consider minority or female candidates and to show other women in sports that this could be possible.

“I can’t think of anyone more qualified for the position than Kim,” said Bruce Sherman, the principal owner of the Marlins, who overcame a coronavirus outbreak to end a 17-year postseason drought during the 2020 season.

Ng said her experience working in Major League Baseball’s central office allowed her to learn the best practices of how teams operated in the amateur draft and the international market. And as she takes over a smaller-revenue club, she acknowledged that player development would be more important than ever.

After Jeter first reached out to Ng, the two talked a few times. He said it became evident to both of them that she was “a perfect fit.” Ng, who worked for the Yankees while Jeter starred for them, called him “fearless” as a player and now as an executive for hiring her.