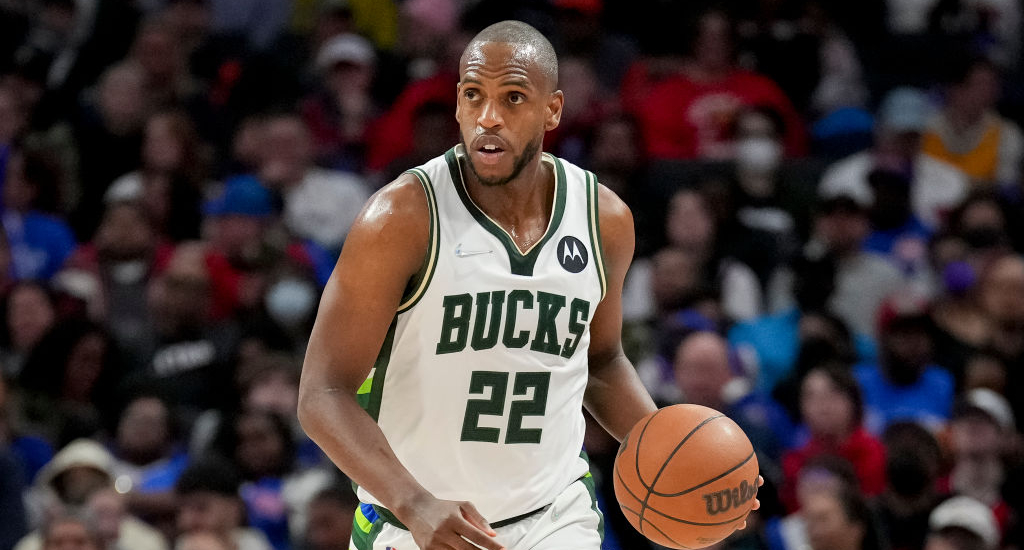 The Milwaukee Bucks lost Game 2 at home on Wednesday night to the Bulls as DeMar DeRozan went off for 41 points to swipe homecourt away from the defending champs, but of greater concern than losing the game was losing Khris Middleton.

The star wing was heating up in the second half as the Bucks clawed their way back into the game, but in the fourth quarter he slipped on a drive and limped to the locker room with a left knee injury the team called “soreness” in the initial injury update that confirmed he was done for the game. Afterwards, coach Mike Budenholzer provided an update that Middleton had suffered a sprained MCL, with an MRI to come on Thursday to determine the severity of the injury.

While we won’t get an official timetable until Thursday afternoon, sprained MCLs typically keep players out for 4-6 weeks (as was the case earlier this season with Anthony Davis and Kevin Durant). That would be a massive loss for the Bucks in their quest to repeat, as they’ll almost assuredly have to get through this Bulls series and likely a second round series (should they get by Chicago) with Boston or Brooklyn without their second-leading scorer.

That’s a tall order and shifts an immense load onto the shoulders of Jrue Holiday, who struggled scoring the ball in Game 2 and would have to not only be Milwaukee’s defensive leader at the point of attack, but also take on the role of lead perimeter creator on the offensive end as well. It’s hard to see how much more Giannis Antetokounmpo can be asked to do after a 33-point, 18-rebound, 9-assist game, but he likely will need to find an extra gear with Middleton out and the rest of the Bucks’ perimeter rotation will need to be able to knock down threes to alleviate some of the pressure now on Giannis and Holiday.