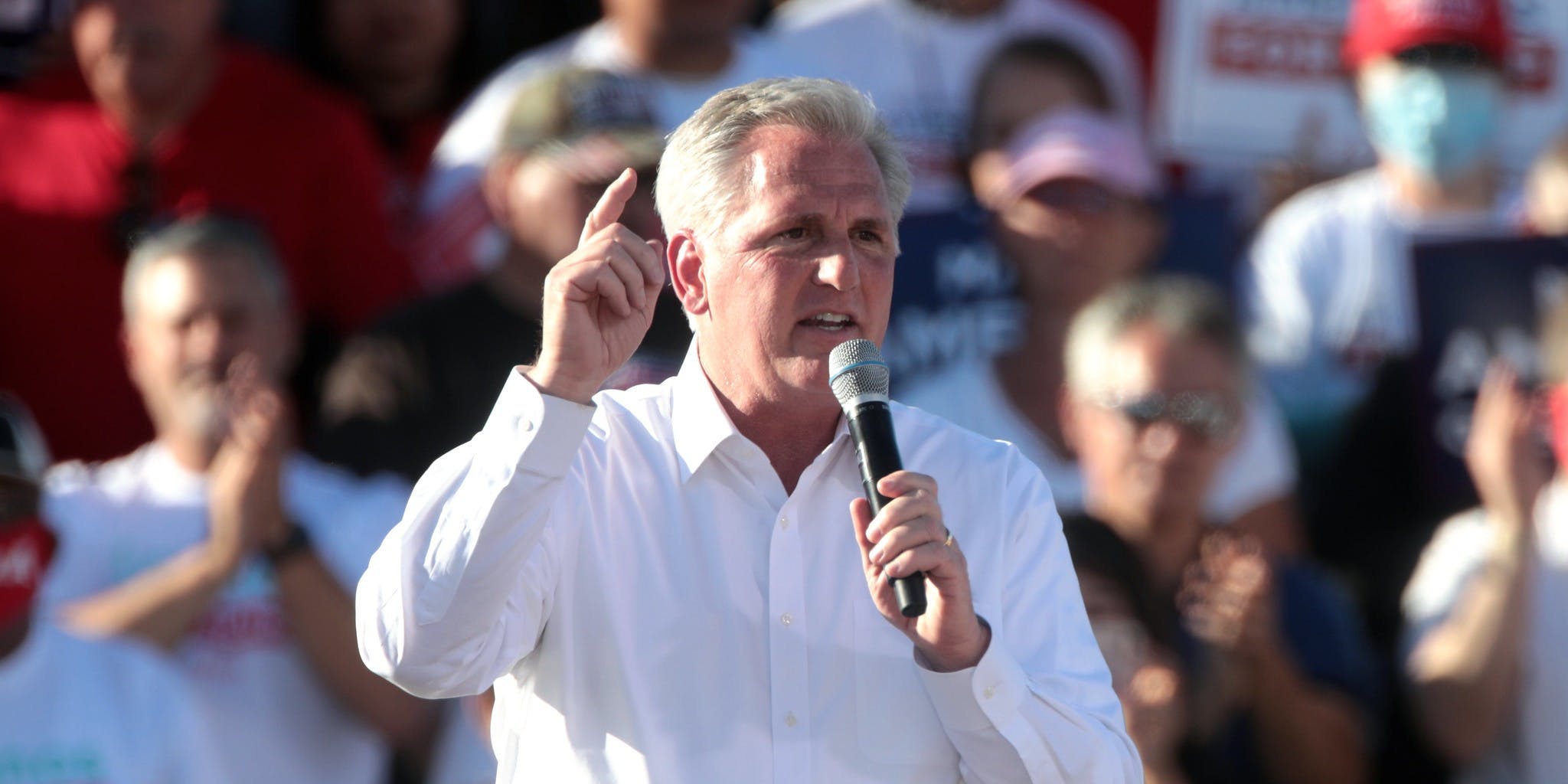 Dirty Delete is a weekly column that goes deep into the social media history of politicians that runs on Thursdays in the Daily Dot’s web_crawlr newsletter. If you want to get this column a day before we publish it, subscribe to web_crawlr, where you’ll get the daily scoop of internet culture delivered straight to your inbox.

Before former President Donald Trump clinched the nomination in 2016, McCarthy privately opined Trump was probably on Russian President Vladimir Putin’s dole. A couple spins around the sun later, McCarthy was hand-picking Trump’s favorite Starburst flavors out for a gift.

McCarthy’s the kind of guy who’ll say that Trump “bears responsibility” for the Capitol riot, then a week later claim he doesn’t “believe [Trump] provoked it.”

One day he’s voting against each and every bill to expand voting rights. The next he’s tweeting about what a great inspiration Martin Luther King Jr. was.

He gets big mad when people throw milkshakes at Andy Ngo. But when people try to overthrow the government? No biggie. To McCarthy, investigating the Capitol riot is just “political theatre.”

McCarthy will cozy up to any person, place or thing if it benefits him. He’s down with QAnon conspiracy theorists, Capitol rioters, even Mike Flynn. He once defended that dude who pretends he single handedly invented the COVID-19 vaccine.

If you become inconvenient to his ambitions, McCarthy vanishes.

He used to tweet about Trump like it was his job (and maybe it was). These days, he can scarcely bring himself to type Trump’s name. He didn’t even bother to put a friendly face on the panel investigating the Capitol riot who might’ve defended the man whose ring he once kissed.

McCarthy might be the most active person on the internet afterthought that is Parler. He posts there more than he does on Truth Social—which makes some sense, as he’s got nearly 10 times as many followers on Parler.

As he crossposts most of his content, no matter where you follow him, you’ll be treated to McCarthy’s thoughts on something he calls “taco inflation” (side note: chicken tacos? really?) and awkward attempts to rebrand the Affordable Care Act as “Pelosicare.”

Kevin McCarthy has been in politics his entire adult life. He’s not the most charismatic, nor the most intelligent, but he’s certainly determined.

He’s also somewhat improbably a member of Generation X. At just 57 years old, McCarthy could be in office for decades.

Someday he might set his sights higher—perhaps even to the White House.

Enemies doubt McCarthy at their peril. He’s proven ready, willing and able to twist any which way necessary until he gets exactly what he wants.

The Faded but Winning Pandemic Star