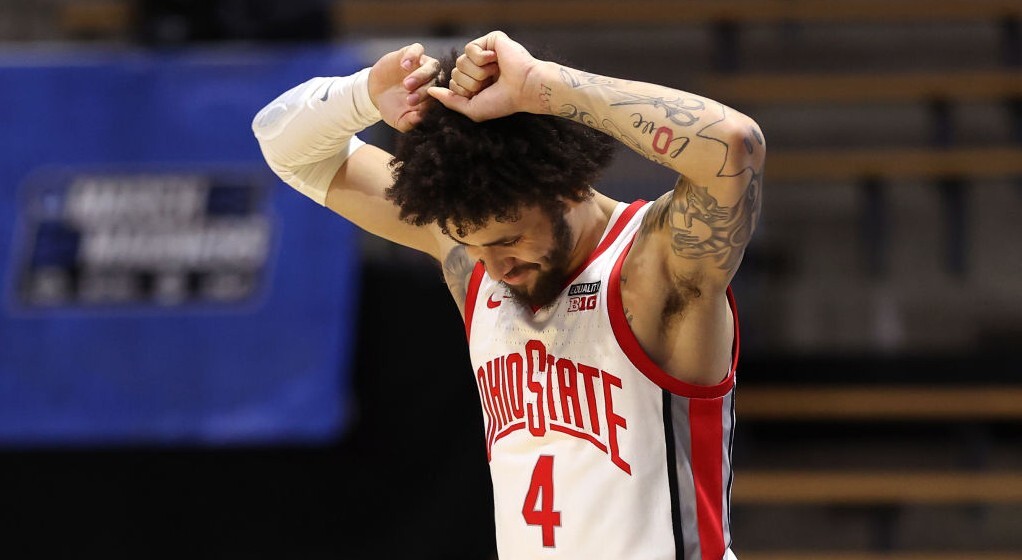 It’s hard to imagine there being a bigger upset during the 2021 NCAA Tournament than Oral Roberts shocking Ohio State on Friday afternoon. The Summit League champions needed overtime to get the job done, but despite being 16.5-point underdogs, the Golden Eagles managed to pick up a 75-72 win to become the ninth 15-seed in Tournament history to knock off a No. 2.

In the immediate aftermath, plenty of people decided to get jokes off at the Buckeyes’ expense, something that invariably happens whenever a loss of this magnitude happens in the Tournament. It took a minute for Kevin Harlan to get in on the fun, but his time to shine came during Oklahoma State’s win over Liberty a little later in the day.

Harlan read a recap of the day’s events and found a subtle way to get in on the fun. See if you can catch it at first glance:

Did you notice it? Go back and watch once again, we’ll regroup in a second.

[twiddles thumbs for a sec]

As anyone who has ever interacted with any Buckeye fan knows, the school likes to refer to itself as THE Ohio State University. Harlan, deciding to have a little fun with this, shouted out THE Oral Roberts University for their win. We have a feeling that Golden Eagles fans are going to run with this one for a while, and well, we can’t blame them.