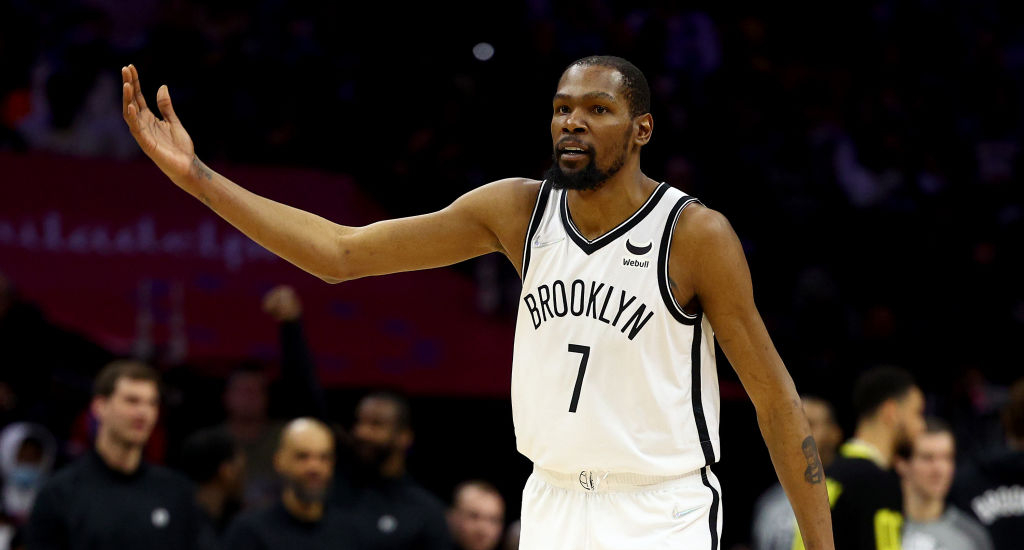 The Brooklyn Nets throttled the Philadelphia 76ers in stunning fashion on Thursday evening. Brooklyn went into Wells Fargo Center and left with a 129-100 victory, making up for the absence of Ben Simmons with an impressive array of offense and frisky defense throughout the evening. Along the way, there was plenty of vitriol for Simmons in his return, albeit in street clothes on the bench, to Philadelphia, but Kevin Durant and company seemed to quiet the crowd with a dominant on-court effort.

After the game, Durant was asked about what transpired and whether the angst about Simmons had a motivating appeal.

"It's hard for you to chant at Ben Simmons when you're losing by that much" – Kevin Durant pic.twitter.com/Q0sAal1miw

First, Durant admitted that the Nets had Simmons on their mind in trying to have the back of their teammate in a difficult environment. From there, he also managed to get in a jab that included the blowout nature of the final score.

“We look at Ben as our brother. We knew this was a hostile environment,” Durant said. “We knew that he didn’t have an opportunity to play. So wanted to come out there and have them focus on the court more so than just always focusing on them. So they focused on the court tonight, and it’s hard for you to chant at Ben Simmons when you’re losing by that much.”

Durant was jawing throughout the evening, headlined by a notable sequence with Joel Embiid in the first half, and he’s rarely shy about expressing himself.

KD and Embiid going at it

This was definitely an opportunity to stand behind Simmons, though, and the Nets seemed to relish the chance while adding fuel to the fire in a matchup that could repeat itself in a playoff setting. The next step in the rivalry will be when Simmons actually sees the floor against his old team, but round one went to the Nets, both on and off the court.