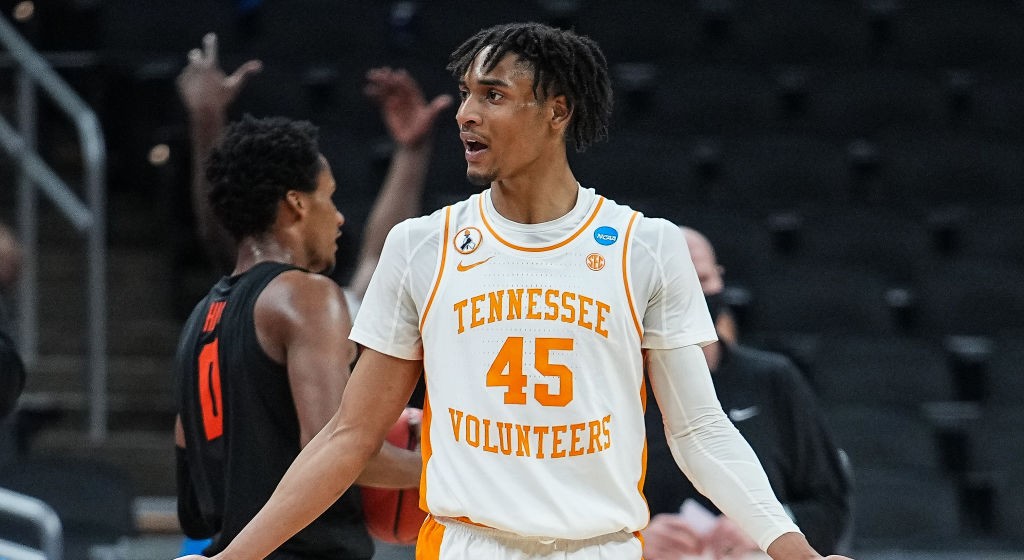 The NBA Draft Combine is a far lesser spectacle to the NFL’s version, if for no other reason than there is no 40-yard dash, which tends to produce the most eye-popping visuals of athleticism, and the best prospects often choose to do nothing more than get measured and meet with teams — whereas, most NFL prospects will run and jump even if they pass on the on-field drill portion.

Still, the Draft Combine is an important opportunity for those who aren’t those very top prospects to show their skills and athleticism in front of a captive audience of the top decision-makers for most every team around the league. Some players can improve their draft stock by showing out in on-court drills and scrimmages, while others will put up eye-popping numbers in the athletic testing. Our first great example of the latter happening came on Wednesday, when Tennessee’s Keon Johnson broke the Draft Combine’s max vert record with an outrageous 48-inch leap.

That is the definition of bunnies, and while Johnson’s athleticism wasn’t a secret, this is not just confirmation of what he can do as an athlete, but an eye-popping figure that turned a lot of heads in the Draft community. Johnson was already a fringe lottery prospect, and certainly didn’t hurt his chances of going in the lotto with this leap. There’s obviously plenty for teams to consider beyond those hops, but as we’ve seen many times, it’s not hard for teams to fall in love with the intrigue of a hyper-athletic player and Johnson certainly put that on full display.