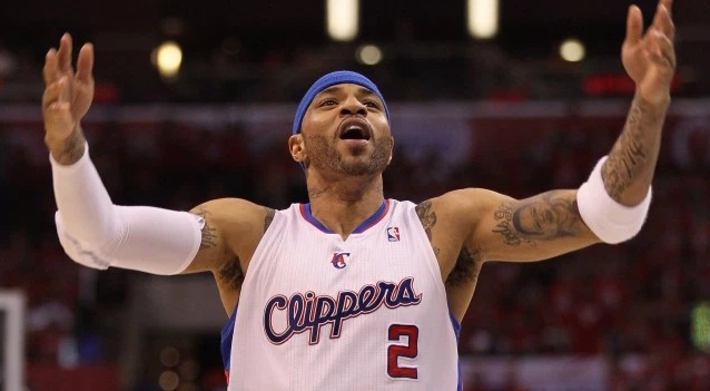 One of the most tiresome arguments about the NBA is the suggestion that players today are soft compared to previous generations. Old timers love to wax ecstatic about the glory days when men were men and a good hard foul was just and a rite of passage in your initiation to the “No Boys Allowed” league.

Over the years, however, the NBA has wisely cracked down on aggressive actions, imposing hefty fines and mandatory suspensions for anyone who crosses the line and throws a punch. It’s achieved the intended result, which has been far fewer incidences of skirmishes and shoving matches devolving into dangerous all-out brawls.

The other casualty of the new era has been the role of the enforcer, the resident tough guy who had everyone’s back and was ready to take one for the team when the situation called for it. There are few better examples than Kenyon Martin, who definitely earned his reputation as someone you didn’t want to cross (just ask J.R. Smith).

In a first-person essay on BasketballNews.com, Martin talked about what fed into his on-court demeanor and why he wasn’t worried about taking a fine and/or suspension if the situation called for it.

“If we’re just playing basketball and getting physical, that’s fine. When I was on the Clippers, we faced Zach Randolph and the Grizzlies in the playoffs and it was very physical, but there was mutual respect and no bad blood after each game. But if someone is being disrespectful, at the drop of a dime, I’ll slap the shit out of them. Then, I’ll deal with the three- or four-game suspension, whatever the consequence is. Years from now, I’ll forget about those three games I missed due to suspension, but you’re going to remember the time Kenyon Martin slapped the shit out of you.”

Martin’s NBA career spanned 15 seasons and five teams, including an All-Star selection in 2004 and back-to-back Finals appearances with the Nets in 2001 and 2002. His son, Kenyon Martin Jr., was selected by the Houston Rockets with the 52nd overall pick in the 2020 Draft.