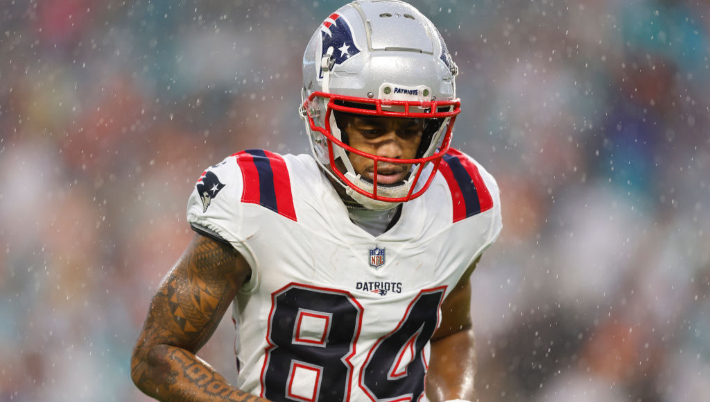 Kendrick Bourne got the New England Patriots’ first touchdown in their AFC Wild Card game against the Buffalo Bills on Saturday night. Sure, it came in the second half while the Bills already opened up a big lead — the touchdown and extra point made it 33-10 — but hey, it was a cool moment for Bourne, who reeled one in from Mac Jones on fourth-and-goal to keep the team’s slim hopes of a win alive.