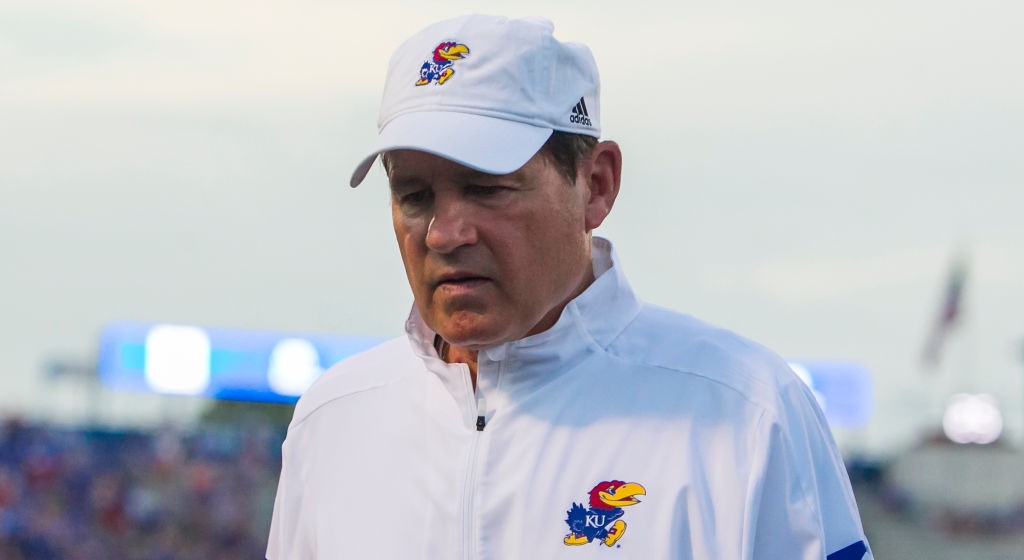 Just a few days after a 2013 investigation alleged inappropriate interactions between then-LSU head coach Les Miles and female students, he is no longer the head coach at the University of Kansas. The school announced on Monday that Miles was being replaced by Mike DeBord on an interim basis while a “national search” for a replacement begins, with Kansas saying they “have mutually agreed to part ways effective immediately.”

“I am extremely disappointed for our university, fans and everyone involved with our football program,” Kansas Director of Athletics Jeff Long said in a statement. “There is a lot of young talent on this football team, and I have no doubt we will identify the right individual to lead this program. We will begin the search for a new head coach immediately with an outside firm to assist in this process. We need to win football games, and that is exactly what we’re going to do.”

Miles exits after just two seasons in Lawrence, posting an overall record of 3-18. Kansas was winless in 2020, losing all nine of its games.

“This is certainly a difficult day for me and for my family,” Miles said in an official statement. “I love this university and the young men in our football program. I have truly enjoyed being the head coach at KU and know that it is in a better place now than when I arrived. To our student-athletes, I want you to remember that you came to play for KU and earn a degree here. So, I implore you to stay and build on what we started and do all of the things we talked about doing together. There is a bright future for all of you and for KU Football.”

The 2013 investigation, released released by USA Today (and which can be read in their entirety (with redactions) here) include allegations that Miles made female students feel “uncomfortable” and even the allegation that he kissed a student twice in his car. From there, LSU stepped in to ban Miles from being alone with students and prompted him to attend sessions with an attorney.

Additional fallout could certainly transpire for Miles and LSU. However, Kansas made the decision to take the first step to part ways and, in “news dump” fashion, they announced the choice deep into the night on a Monday evening in March.