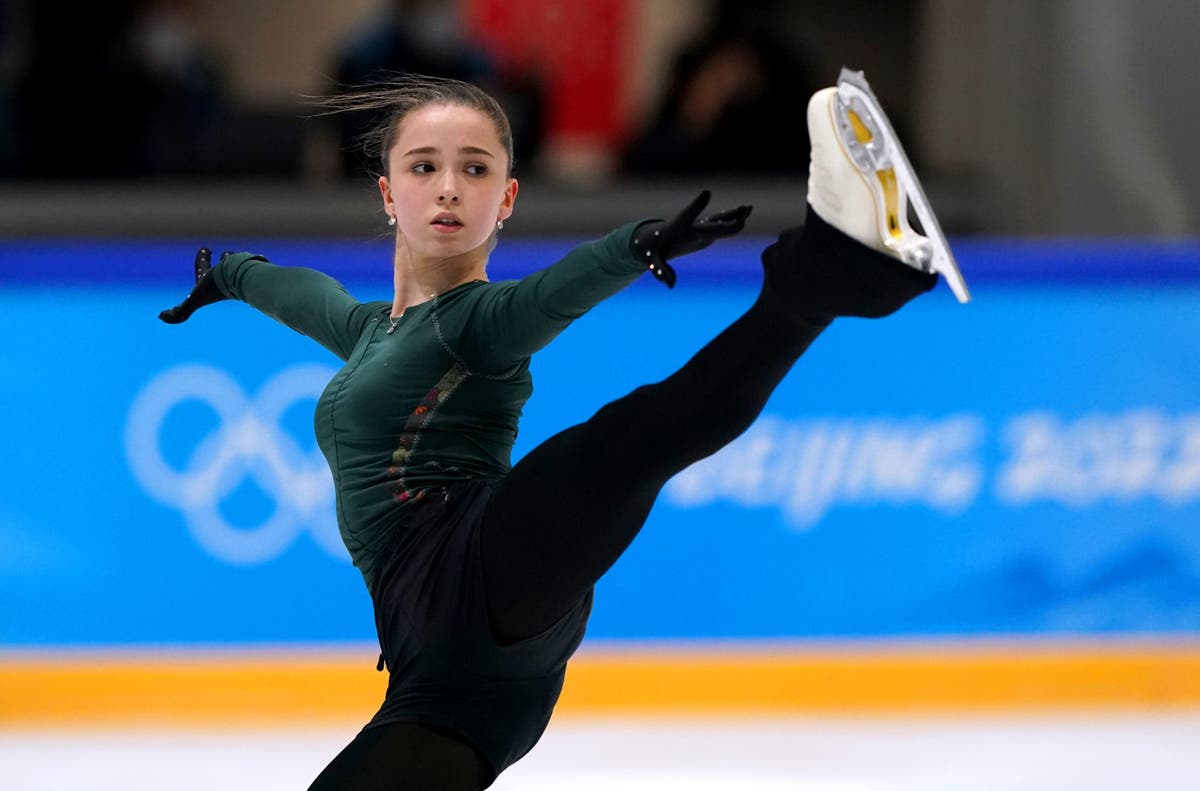 Kamila Valieva’s choreographer has insisted she is clean of any doping offence.

Valieva will find out on Monday if she’ll be allowed to compete in the women’s figure skating competition, where she was expected to start hot favourite.

The 15-year old tested positive for banned substance Trimetazidine, a medication for angina on sport’s doping banned list since 2014, at December’s national championships but was cleared to compete by Russia’s anti-doping agency.

Sport’s highest legal authority will make their ruling tomorrow, expected just 24 hours before Valieva is due to compete in the women’s short programme.

Asked why she had the banned substance in her system choreographer Alexey Zheleznyakov said: “I’m not a God, I have no idea, there are a lot of options. I’m sure of one thing, Kami doesn’t touch anything forbidden in life, with her talent it’s not necessary.”

While this is a doping story, involving familiar suspects Russia, it is first and foremost an issue about athlete welfare, the youngest person ever penalised for a doping offence at the Olympics is American swimmer Rick DeMont, aged 16 in 1972.

Valieva was again on the practice ice today, with over 70 cameras and scores of reporters watching every move. The IOC have 65 athlete welfare officers available to athletes but insist the principle responsibility for wellbeing lies with their team.

“Mental health support is always firstly offered by the team and we have measures in place and safeguarding officers,” said spokesman Mark Adams. “The support is there but the first obligation is for the team to look after their athletes.

“We want this to be expedited as quickly as possible, justice does run quite slowly and this is quite quick for CAS. We want to see a very quick resolution.”

“She is a great skater and she has definitely a great future – it doesn’t matter what happened or what’s going to happen,” he said.

“We spoke to her mum but not about the news, just in general, because it’s her mum. She’s not our coach. She’s just Diana’s mum, and she supports us.”

However, insiders claim Valieva’s case could see the ISU make a decision to increase the minimum age for competitors to 17, Tutberidze coached Alina Zagitova, also 15, to women’s gold in PyeongChang four years ago.

“It comes from experience and from going through so many things in sport in one’s career. I feel more confident here because of all the tools I’ve gained along the way, but a 15 year old could have those tools as well, I just didn’t.

“I think talent is talent and being able to pursue one’s sport at the highest level should not be limited to age.”

Meanwhile, after all the talk of fake snow, real snow was causing problems in Beijing today.

It came down heavily in the capital and forced the abandonment of events in the mountains, including the freestyle skiing women’s slopestyle qualifiers, in which Team GB’s Kirsty Muir is a medal prospect.