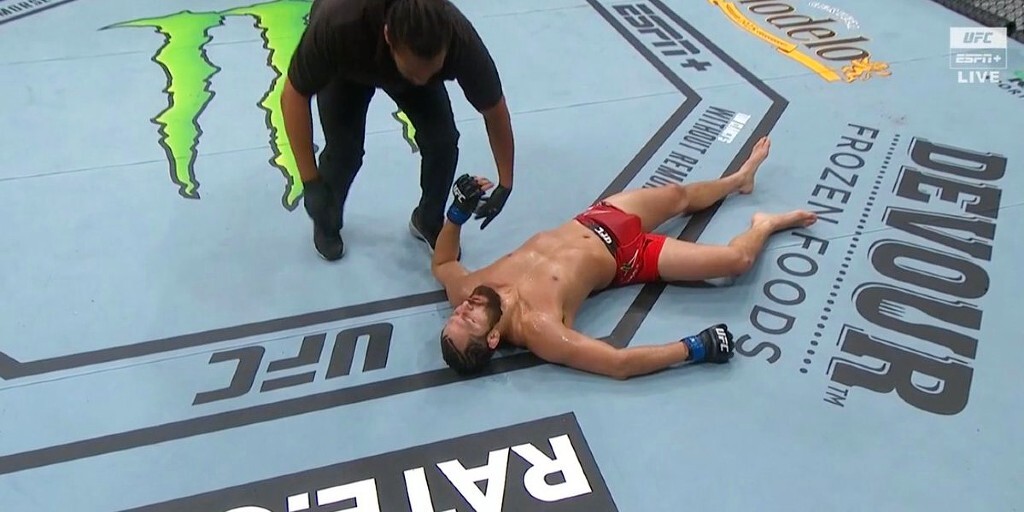 Riding three-consecutive welterweight title defenses, Kamaru Usman’s mission toward the division’s best ever required a second showdown with Masvidal after the latter took a short notice fight the distance in July last year. Saturday night, Usman (19-1) put those questions to rest with a massive second-round knockout, putting Jorge Masvidal (35-15) to sleep to retain the welterweight crown at UFC 261 from Veterans Memorial Arena in Jacksonville, Florida.

Masvidal opened the first with snapping leg kicks to Usman’s lead leg. Usman exchanged a few big right hands, switching levels and jabbing the body while feigning the takedown. Masvidal went for a flying knee and Usman body wrapped the challenger and put him on his back. Masvidal went to work from his back, slicing elbows to Usman’s head, but Usman maintained control, pushing Masvidal against the cage and controlling the challenger. Masvidal made his way back to his feet with a minute left in the round, but it was Usman again tossing some big shots to close the action-packed first.

A minute into the second round, though, Usman landed a massive right hand the spun Masvidal around and knocked him out cold, adding some hammer fists for good measure before Herb Dean jumped in to call it. The reaction Octagon-side from Daniel Cormier and Joe Rogan on commentary is legendary.

Usman came into the UFC 261 main event riding a 17-fight win streak, with a rematch against Colby Covington likely coming up next.

Saturday night was Masvidal’s first return to the Octagon since dropping his chance at UFC gold last July. Before that, Gamebred had rattled off three-consecutive wins, including his stunning knockout of Ben Askren and a win over Nate Diaz for the Baddest Motherf*cker Belt.