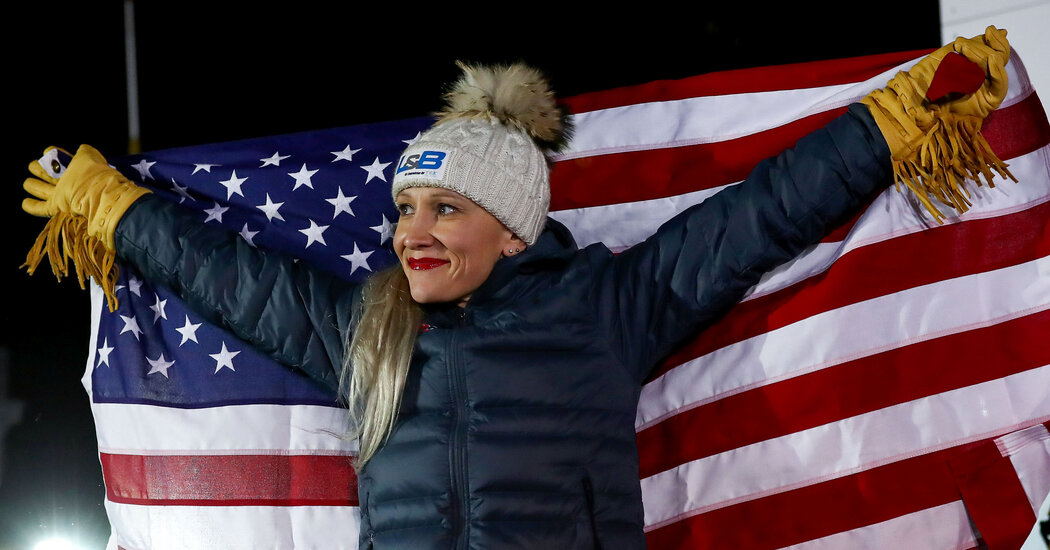 Cheryl Simundson had grown accustomed to the rhythms of silence and celebration whenever her daughter, Kaillie Humphries, was in a competition. At the Olympics, Humphries preferred insulating herself, tapping into a deep focus that already had brought the Canadian bobsledder two gold medals by the time of the 2018 Games.

In Pyeongchang, South Korea, though, Simundson sensed a shift. Humphries sought out her family, wanting to spend time, needing to be close. Simundson’s motherly antennae noticed, even as Humphries enhanced her legacy by claiming a bronze medal with her two-man teammate Phylicia George.

After the event, Humphries confided the issues she was facing. The Bobsleigh Canada coach Todd Hays, had been mentally and verbally abusing her, she told her family, and her mental health was deteriorating. Simundson just wanted her daughter home.

The athletes arrived home in Canada from the Games before their equipment. When the luggage, too, was back, Humphries asked Simundson to ride with her to collect it. They spotted Humphries’s belongings dumped on the road outside of Calgary’s Canada Olympic Park. Mother and daughter cried.

“Just like one big pile of garbage,” Simundson said. “That was the beginning of the whole nightmare of what’s going on. At that point, it hits you like a brick in the forehead like, ‘That’s how they’re treating you?’

“And that was before it even got super nasty.”

For a long while, the world’s most decorated women’s bobsledder did not know if she would be competing in the Beijing Games.

Shortly after the 2018 Olympics, Humphries filed a formal complaint of mental and verbal abuse against Hays; she also named several Canadian bobsled officials, whom she accused of failing to adequately address her claims. The move triggered a lengthy legal standoff between her and Canada’s national program, for which she had trained and raced for 15 years.

In the complaint, which also named the president of Canada’s bobsled and skeleton governing body and another staff member, whom Humphries accused of failing to adequately address her claims, she cited several incidents in which she said Hays yelled at her. In one, she said, Hays expressed “personal and professional attacks” for “over an hour.”

Bobsleigh Canada declined to comment on the accusations made by Humphries, or make Hays available for an interview. Others in the Canadian program have defended their team and its staff, however. The bobsledder Justin Kripps, a Canadian gold medalist, issued a statement in 2019 on behalf of the returning competitors that defended the program’s culture. Other team members, including multiple women, said his comments reflected their views and experiences.

Eager to move on and continue her career, she asked to be released from the program and applied for U.S. citizenship, which would allow her to compete for the United States. There were lawsuits and countersuits, and little support from fellow Canadian bobsledders, all of which took a continued toll, Humphries said.

In December, though, Humphries learned that her yearslong effort to switch citizenship had been approved just in time for her to compete for the United States in Beijing.

“I knew that what I was doing was right,” Humphries said. “The transition that I had made in the sporting world, why I stood up for myself, why I left an abusive environment was the right decision. I had to remind myself that regardless of what the outcome was going to be. It was part of the journey.”

Success, Then a Stop

To Simundson, Humphries has always stood up, and out. Shortly after watching the 1988 Winter Olympics in her hometown, Calgary, a two-year-old Humphries hoisted herself onto the dining room table and declared she would one day be an Olympic gold medalist. “That’s great,” Simundson recalled thinking. “Now sit down and let’s finish your dinner.”

For a while, competitive ski racing was the outlet for her ambition. Humphries broke one leg, then the other.

Instead of opting for a more cautious sport, she tried bobsled, rising to win gold medals at the 2010 Vancouver and 2014 Sochi Games. But by the time she collected her third medal, a bronze in Pyeongchang, even her family knew something was wrong. Humphries said she had become depressed, and that she had begun to suffer from migraines and rashes.

After she filed her complaint, Bobsleigh Canada hired an independent firm to examine Humphries’s allegations. But the investigation reported no evidence to support her claims. Humphries appealed, and a Canadian arbitrator declared the investigation had been inadequate. Another inquiry is ongoing.

Humphries filed a lawsuit against Bobsleigh Canada but dropped it in 2019 when the federation gave her the release she had sought. (Hays, a former United States bobsledder and coach, has denied the accusations and sued Humphries for defamation. He remains Canada’s coach.)

By the time she officially cut her ties with Canada’s team, Humphries had relocated to California, married the former U.S. men’s bobsledder Travis Armbruster and chose to compete for the United States. She was named to the American team that November.

Humphries joined with no assurances she could gain citizenship in time to be eligible for the Beijing Olympics. Officials from countries like China and Russia, Humphries said, offered an expedited process if she agreed to compete under their flags. She turned down those approaches.

“If I’m going to change nationalities, I have to want to represent that country,” Humphries said. “It’s not just about what’s easy. It’s about what’s right, what’s fair, what’s just. And where do I fit in and where do I belong? And what can I, in my heart of hearts, adequately represent?”

With that in mind, Humphries and Armbruster pressed ahead. Humphries lost most of her sponsors. The couple paid for equipment and coaches by piling on credit card debt. They spent money on lawyer’s fees instead of a house, and put off replacing the used car that Humphries had bought for $5,000 after moving to the U.S.

She was willing to miss the Beijing Olympics if her nationality switch took longer than hoped. Gaining U.S. citizenship, she said, now aligned with her identity, the lifestyle she hoped to adopt, the country where she planned to raise her children.

“It allowed us to say, ‘OK, if you don’t go to the Olympics, it’s going to be catastrophic, but it doesn’t make you any less of a person,’” Armbruster said.

The U.S. Olympic and Paralympic Committee and politicians from both sides of the aisle endorsed Humphries’s effort. But the International Olympic Committee, Humphries said, declined to make an exception in her case that would allow her to compete for the United States while her was citizenship application pending.

Humphries, 36, hopes that the committee will one day create an avenue for athletes involved in investigations to compete in the Olympics unbound from the program or country they have accused of wrongdoing.

“No athlete should have to pick passport over safety,” Humphries said. “It’s not that easy, so most stay in really horrible environments where it’s an abusive process, power, coaches, therapists. Your dreams are so vulnerable as an athlete.”

Her final interview with U.S. Citizenship and Immigration Services in December conflicted with the World Cup event in Altenburg, Germany, an overlap that summarized much of the past few years of Humphries’s life: two urgent priorities, neither of which could wait.

Humphries did three mandated practice runs before making her way to San Diego for her interview. She had studied for the citizenship test for months, even recruiting some of her American teammates to help her review the country’s geography and history.

She did the written questions and then answered questions from an officer as her heart rate, measured on her watch, soared to intense workout levels.

Simundson was waiting downstairs, and when Humphries came through the door she offered a smile and two thumbs up. Simundson hugged Humphries and draped an American flag around her shoulders.