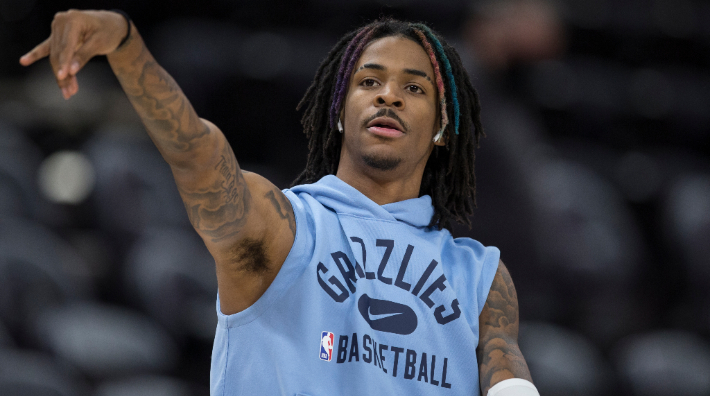 In his third season, Memphis Grizzies guard Ja Morant has risen to full-fledged stardom. Averaging 24.7 points, 6.7 assists, 5.8 rebounds and 1.4 steals on 57.5 percent true shooting, he seems en route to his first career All-Star berth. He’s been awesome and is vital to the Grizzlies’ 28-14 record that sees them just a game back of the three seed out West.

Like I said… I haven’t been on any platform in a while so I’d like to take this opportunity to make a very important statement:

I was not aware that hashtags counted as votes. So, retweet THIS one…🤷‍♂️#JaMorant #NBAAllStar

Fan votes compose just half of the criteria for selecting All-Star starters, but Timberlake’s efforts surely won’t hurt. Stephen Curry has nearly two million more votes than Doncic and Morant, while Klay Thompson is fourth, more than 300,00 votes behind Morant. Among fans, it seems like a two-man race between Doncic and Morant to join Curry as a starter.

Morant and the Grizzlies are riding an eight-game winning streak and have the NBA’s fifth-best record this season. They’ll have a chance to make it nine in a row and add another layer to Morant’s All-Star hopes when they welcome Curry’s Golden State Warriors to town Tuesday evening.