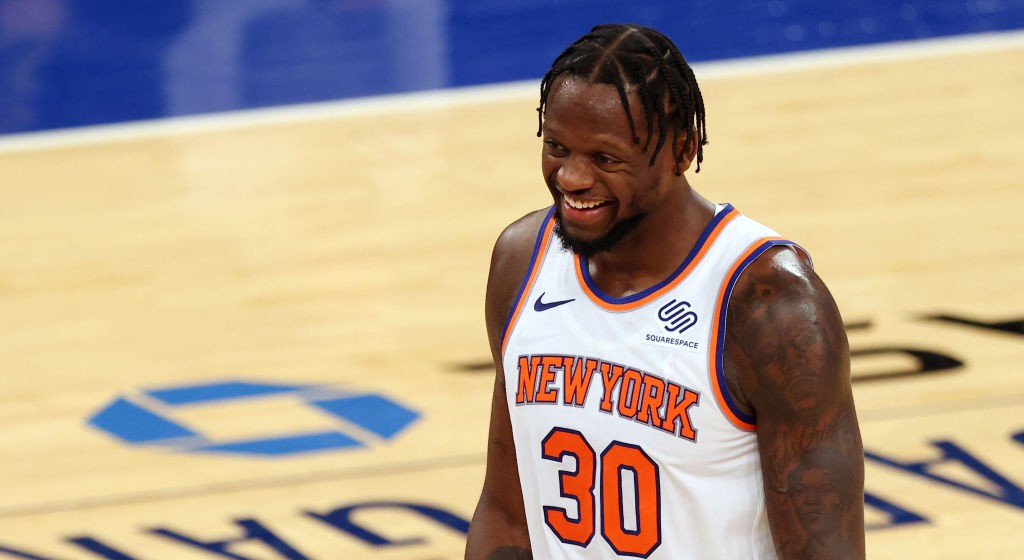 Julius Randle’s 2020-21 campaign isn’t over yet, but on Tuesday night, a report indicated he will receive an award for what he managed to do this season. According to Shams Charania of The Athletic, Randle is the NBA’s 2020-21 Most Improved Player after taking a step forward and playing a gigantic role in getting the New York Knicks to the postseason for the first time since 2012-13.

While the other finalists for the award, Detroit’s Jerami Grant and Denver’s Michael Porter Jr., were both magnificent this season, Randle has seemingly been the clear-cut choice for the award for some time. Long regarded as a respectable, productive player, Randle became the alpha dog for a surprising Knicks squad, leading the team in a number of statistical categories and usually ending close games with the ball in his hands.

In his second season as a member of the Knicks, Randle averaged 24.1 points, 10.2 rebounds, and six assists in 37.6 minutes per game, all of which are career-best marks. He also attempted 45.6 percent of his field goal attempts and knocked down 41.1 percent of his triples, the latter of which is also a career-high.

As for the postseason, Randle and the Knicks find themselves in a hole, as they trail the Atlanta Hawks in their first-round series, 0-1, after a thrilling Game 1. Randle struggled in that one, which doubled as his playoff debut, scoring 15 points and pulling in 10 rebounds while shooting 6-for-23 from the field.