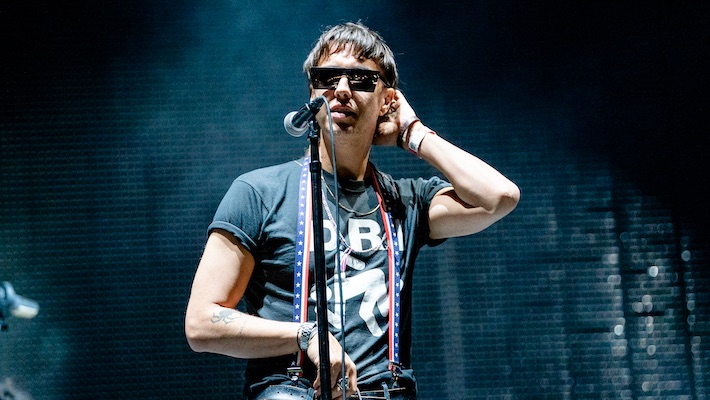 The New York Mets, just like the rest of us, are a work in progress. But if they know what’s good for them the very least they can do is take some free work from one of the team’s more notable fans from the world of music.

Julian Casablancas, lead singer of The Strokes, is now publicly pleading with the team and its broadcast partner to let him give the team some new music for the upcoming season. Michael Clair of MLB.com talked to Casablancas in an interview was initially to discuss the music video for “The Adults are Talking,” a single from “The New Abmornal,” which was released in April. The video is baseball-themed, and so much of the piece is discussing where that idea came from and how they executed it.

But though the band’s uniforms are straight from the sunburst Houston Astros era, Casablancas is a huge Mets fan, one who apparently wants to offer his services to the team. The band already has a Mets-related song, “Ode to the Mets,” but Casablancas apparently wants to make a proper Mets theme song for the team’s broadcasts on SNY. And the current tune bothers him enough that he’s willing to do it for free.

Still, there’s one wish Casablancas has: For SNY, the network that airs Mets games, to let him write the music they use before games.

“The SNY song was driving me nuts,” Casablancas said. “I used to watch a lot of games. I knew someone who worked for the Mets, who hooked me up with tickets sometimes. I had a whole song. I was like, ‘Let me do like the song for SNY for the game.’ It was kind of epic, rising — like an exciting game is gonna happen. But they just didn’t have their [stuff] together. And they were like, ‘We don’t have a budget.’ I was like, ‘You don’t need a budget. I’ll just give you the song. I’ll do it for free.’”

Perhaps the Mets, now under new ownership, can give him a chance and make this actually happen. There’s also another idea in play, though: Casablancas joked that the team could always play ‘Ode to the Mets’ when the team loses.