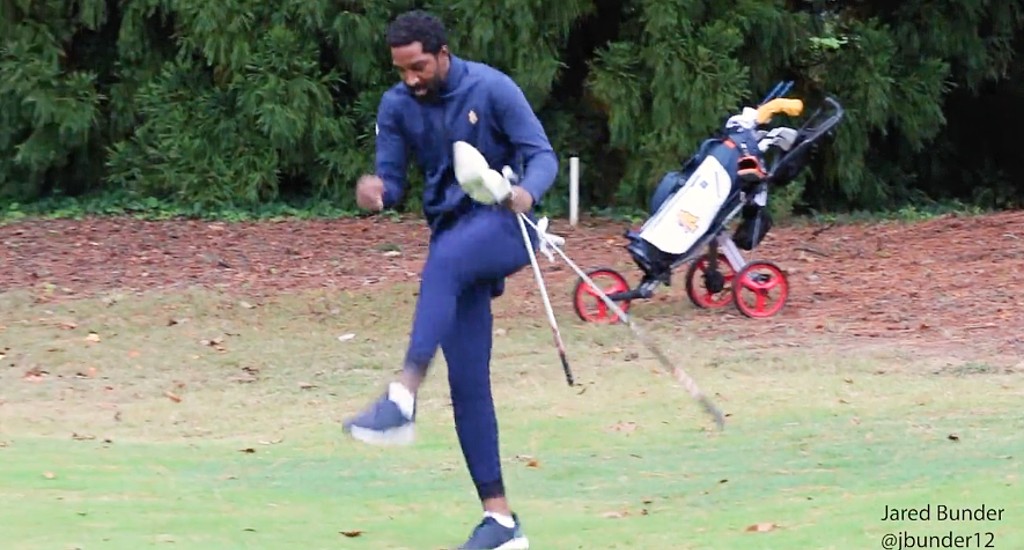 JR Smith’s career as a college golfer officially began on Monday with the first two rounds of the Elon Phoenix Invitational in Burlington, North Carolina. After a solid start to his first round, things unraveled a bit on his way to an opening 83, which he followed up with a 78 in the second round later in the afternoon.

On Tuesday, Smith was back on course for third round action with the North Carolina A&T Aggies, starting his day on the back nine. Smith made par on his first two holes of the day before arriving at the 12th hole where disaster struck in the form of a yellow jacket attack after he stepped on a nest, requiring medical attention after he was stung a number of times.

Luckily, Smith was able to continue playing and didn’t seem too much the worse for wear, although he was surely feeling those stings on his ankles as the round continued. JR would double the 12th and go on to shot 81 in the third round, as he gets his first taste of tournament golf this week. It’s not been the start Smith was hoping for — and, hopefully, this will be the only tournament that features a yellow jacket swarm attacking him — but he is gutting through it and will have lots to learn from, including the need to be careful about where he’s stepping on these North Carolina golf courses.