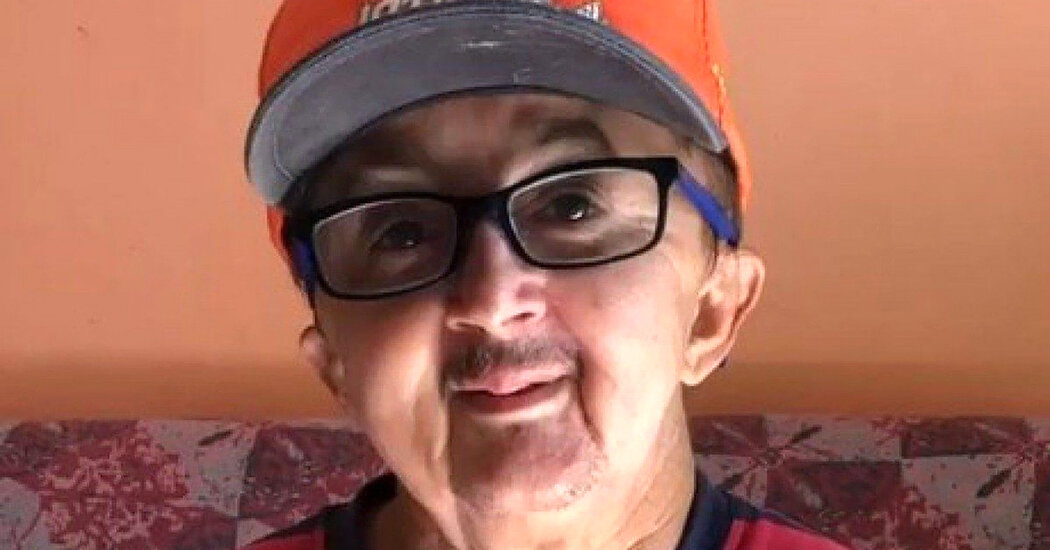 When someone in 2016 sent a message to a Brazilian WhatsApp group mocking José Luiz da Silva’s small stature and high voice, Mr. da Silva saw it and turned the other cheek — with a startling outcome.

The message contained a doctored photo of his head atop the body of a chick and asked if he were popular with women. Mr. da Silva, known as Jotinha (“Little J.”), replied to the group with an audio message in his distinctive childlike voice: “No, I didn’t understand. I didn’t understand any of it, ha ha ha.”

For some reason, his response struck a chord and people started sharing it across other groups on WhatsApp, which is hugely popular in Brazil. By the end of the day, he had received 3,600 messages on the app. He kept on posting audio messages, and they continued to find an audience. Soon he was receiving up to 10,000 messages a day, leading the Brazilian media to call him the “WhatsApp King.”

“Sometimes I get so many messages I have to turn the phone off and clear all the messages,” he once told a television interviewer. “This makes me very happy.”

Short videos of Mr. da Silva declaiming, dancing and discussing the fortunes of his favorite soccer team, Esporte Clube Bahia, brought him more than a million followers on Instagram. Soon he was appearing in commercials and music videos and on television variety shows.

Mr. da Silva died on Nov. 5 at a hospital in Santo Antônio de Jesus, in the state of Bahia. He was 52. The cause was Covid-19, his nephew Vinícius Sucupira said.

José Luiz Almeida da Silva was born on June 16, 1968, on a farm outside Elísio Medrado, a town of 12,000 some 60 miles west of Bahia’s capital, Salvador. His father, José Brito da Silva, was a subsistence farmer who died when Mr. Silva was a small child. His mother, Teresa Cesar (Almeida) da Silva, also worked on the farm.

Mr. da Silva’s mother noticed that he wasn’t growing, and when he was 9 she took him to a doctor, who said he had a condition that prevented his body from secreting enough growth hormone. He stood 3 feet 10 inches tall and weighed 60 pounds as an adult.

When Mr. da Silva was a young man, he moved into town with his mother and began working as an announcer at a community radio station. He also earned money by driving around town on a motorized quadricycle with a microphone and giant speaker fastened to the back, advertising local shops.

He is survived by his 88-year-old mother, who also contracted Covid-19 but recovered after a stay in the hospital.

Politicians, soccer players and popular entertainers who worked with Mr. da Silva mourned his death. The Brazilian news media reported that Michelle Bolsonaro, the country’s first lady (who tested positive for the coronavirus, and whose husband, Jair, recovered from the illness), helped pay his medical expenses.