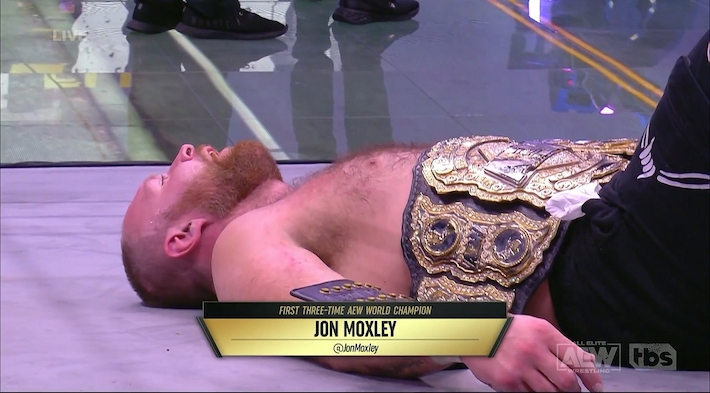 Members of the Blackpool Combat Club battled for AEW’s top prize when Jon Moxley submitted Bryan Danielson
on Wednesday to claim the AEW world heavyweight championship at Dynamite in the finals of the AEW Grand Slam Tournament of Champions.

Danielson and Moxley traded finishing moves, with momentum swinging back and forth between the two competitors including a brutal Death Rider on the stage that resulted in only a two count. Danielson attempted to roll out of a rear-naked choke by Moxley, using the turnbuckle to flip into a pin, but Moxley laid him out and choked him out cold.

With the win, the spotlight turns to MJF, who Tony Khan admitted could cash in his title shot at any point after winning the Casino Battle Royale ladder match at All Out

“(MJF) is really looming over the championship picture since he returned at All Out and won the Casino Ladder mach which means he’s going to have a shot at the world title any time he wants, I will sanction that match,” Tony Khan recently said. “I think any time, any sanctioned event we can certainly make it happen.”

Moxley and MJF kicked off the tournament with a stare down in the ring, and it appears they’ll pick up right where they left off from here.