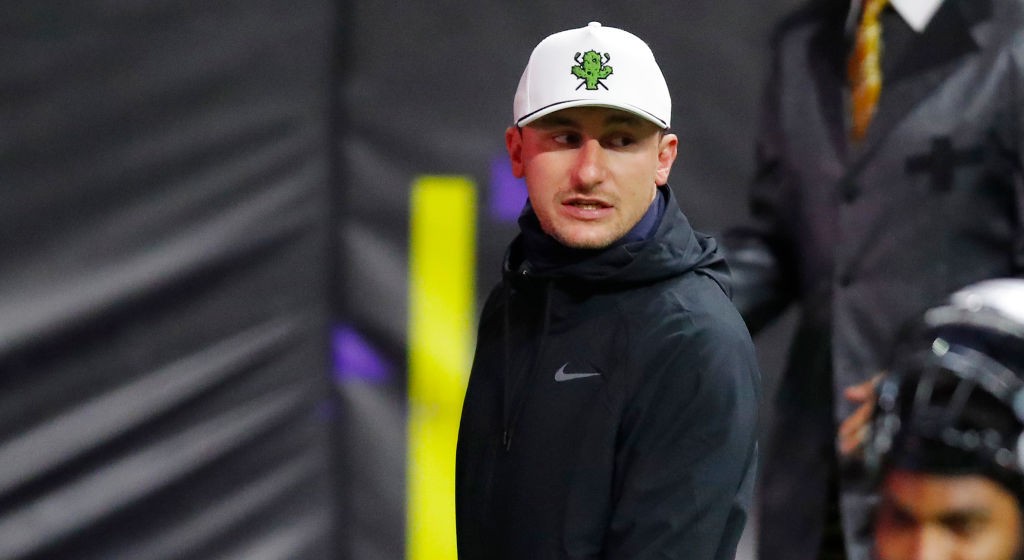 Darren Rovell has long been one of the most loathed people on the sports internet, as his insistence on viewing everything through the business of sports often leads him to some truly awful posts about how much money someone made or lost when something serious happens — or, like, posting video of JFK getting shot to Twitter at 7 in the morning on the anniversary of his death.

Johnny Manziel has also spent much of his post-Texas A&M career earning himself the title of one of the least liked athletes, so it is somewhat fitting that the two of them have been locked in a lengthy feud. Manziel’s fall from Heisman winner to out of the NFL was fascinating (or for Browns fans, frustrating) to watch, and in the time since, he’s played a lot of golf and suited up in the Fan Controlled Football league. Rovell has been insistent on reminding Manziel of his fall from grace at every turn and the two are simply not fans of each other.

A year ago, a Manziel signed card that said “F*ck Rovell” sold for $1,200, with Darren himself trying to get in on the bidding, and as a consolation prize, Manziel made sure he got his own piece of Johnny Football memorabilia, this time a Browns helmet signed “To Darren Rovell, F*ck You.”

I’m not sure whether this is an olive branch or not, as Rovell is obviously thrilled to have this but Johnny might’ve genuinely just wanted to say “f*ck you.” Either way, their bizarre feud keeps spinning and the Medill man is now in possession of a unique collectable all his own.