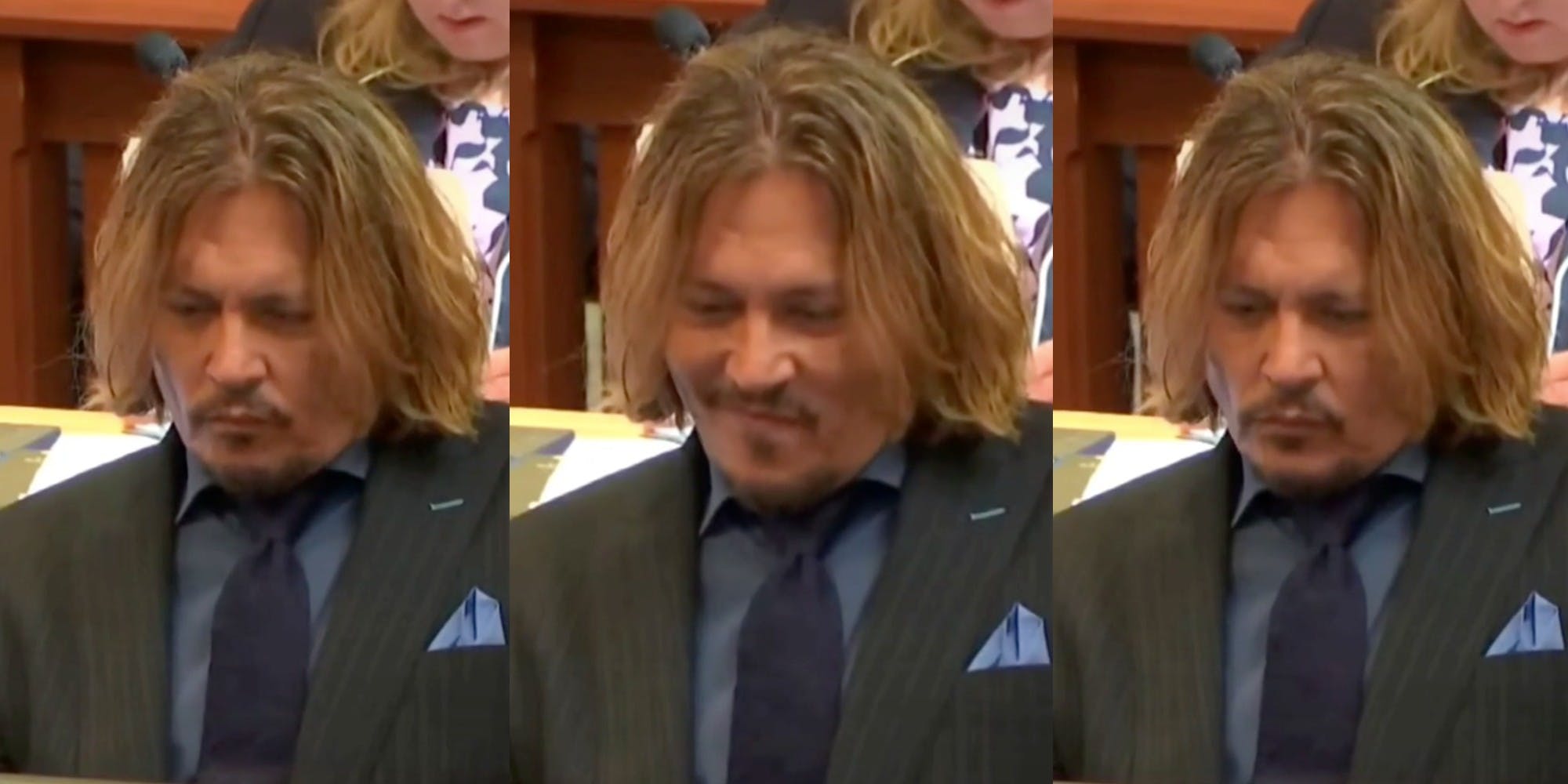 Hollywood actor Johnny Depp has gone viral on TikTok after showing a moment of apparent happiness during his ongoing defamation trial with ex-wife Amber Heard.

Depp, who sued Heard for $50 million over a Washington Post op-ed in which she claimed to be a victim of domestic violence, was seen smiling after the court began discussing alleged comments in which she purportedly complained about her former husband’s friends.

Specifically, the 35-year-old Heard is reported to have stated that she did not like “hanging out in his house with his friends because it was boring and they were all old men playing guitars.”

The reference to playing guitar with friends appeared to resonate with Depp, 58, who could be seen smiling shortly after.

The years-long battle between Depp and Heard stems from what their former marriage counselor referred to as “mutual abuse.” He also developed an opioid addiction after dental surgery, per People, and that led to what heard’s attorneys have described as “domestic abuse” and “sexual violence.” Yet many online have sided with Depp given Heard’s admitted history of physical violence against her ex-husband.

The short video appeared to strike a chord with TikTok users as well, who have viewed the clip nearly 7 million time so far. Users showed sympathy toward Depp in the video’s nearly 10,000 replies.

“100% he was just reminiscing about the good time he had at that party,” one user wrote.

Others also noted that Depp’s so-called old friends were almost certainly legendary rock stars. Depp has played with everyone from the Rolling Stones and Marilyn Manson to Aerosmith and Alice Cooper.

“So funny bc his old men friends are actual rockstars,” another user remarked.

Another added to the pile of positive, pro-Depp comments: “Sounds like a great time.”

The majority of users argued that they would gladly spend the day watch Depp and his friends playing music.

“She married an older guy and then was bummed she was with a older guy lol,” one TikToker added.

Heard and Depp divorced in 2016 after 15 months of marriage and have publicly sparred over the failed relationship ever since. The trial is expected to resume on Monday.