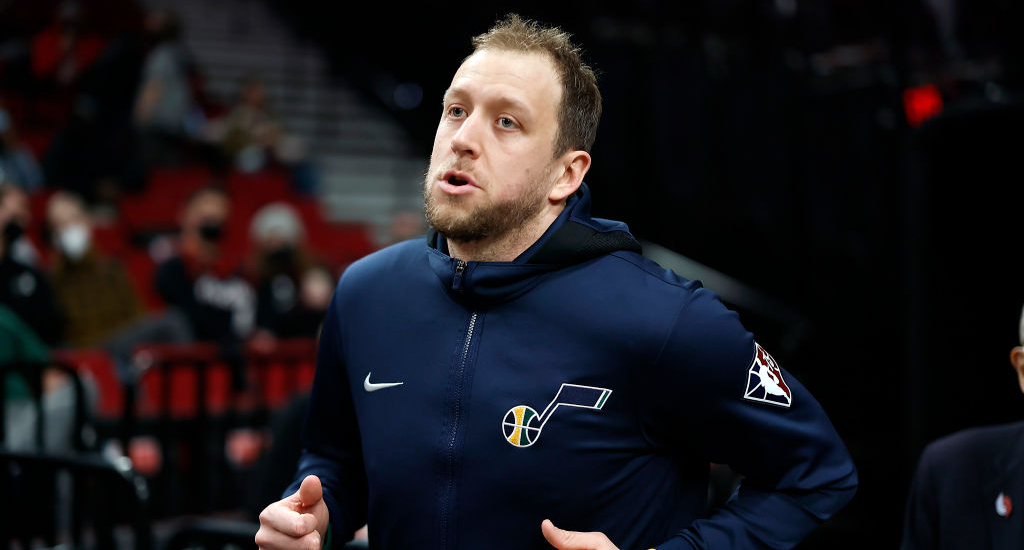 The Utah Jazz have been as consistent a regular season performer as there has been the last few years in the NBA, with a roster that has mostly been the same since Donovan Mitchell was drafted and they added Mike Conley via trade.

They have been remarkably consistent thanks to that continuity, and while they haven’t enjoyed the playoff success they’ve hoped to, they continue to position themselves near the top of the West each year. This season has been more difficult due to various key absences, most notably Rudy Gobert and Donovan Mitchell each currently out with a calf injury and a concussion, respectively, and their injury situation got much worse on Sunday in Minnesota.

Joe Ingles collapsed to the court in the first half on a drive to the basket, as his left knee buckled as he planted to go up.

Ingles would be helped off the floor and was ruled out for the remainder of the game and there is obviously a considerable amount of concern for the veteran wing. ESPN’s Adrian Wojnarowski reports an MRI is scheduled for Monday in Utah, but the fear is that Ingles has suffered a significant injury.

There’s fear the Jazz’s Joe Ingles has suffered a significant left knee injury, but nothing will be confirmed until his MRI in Salt Lake City on Monday, sources tell ESPN. https://t.co/LuwrDziyHc

The Jazz were already rumored to be considering some moves ahead of the trade deadline, and an extended absence from Ingles could apply even more pressure on the front office to try and bring in someone who could provide some needed wing help. As for Ingles, it’s a brutal blow for the 34-year-old Australian, and hopefully he’ll be able to make a full and speedy recovery.