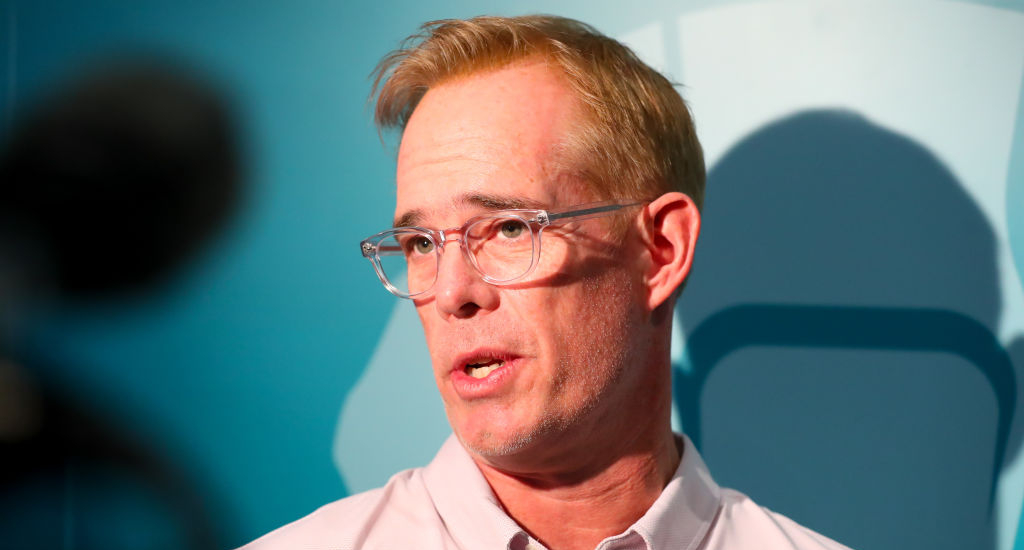 In the first quarter of Thursday night’s game between the Chiefs and the Chargers, L.A. tight end Donald Parham was stretchered off of the field after hitting his head on the turf and being knocked out cold. As he left the field, Parham was visibly shaking on the stretcher in a horrifying scene at SoFi Stadium, and everyone watching was concerned for his well-being.

Early in the second quarter, Fox sideline reporter Erin Andrews offered a brief report that brought no news on Parham’s status beyond that he was transported to a local hospital for further tests and evaluations — which was rather crudely done over a slow-motion video of him convulsing on the stretcher as he left the field. As the broadcast shifted back to the game continuing on the field, Joe Buck seemed to feel it was needed to try and offer some kind of optimism about the video they showed, and suggested that Parham’s shaking could have been due to it being unusually chilly in L.A. that night (it was 52 degrees at the time) rather than the head injury he suffered.

Many watching the broadcast were aghast when Buck said this, in part because he prefaced it with the correct assertion that you shouldn’t speculate on an injury before doing just that. Dealing with terrible injuries on a broadcast is never easy, in part because it is a reminder of the dangers of football that the league prefers not to take center stage, but at no point should a commentator ever offer this kind of blind optimism when there is no actual word on a player’s status after a head or neck injury that requires a stretcher to take them off the field.

It’s not expected for there to be a lengthy conversation about the dangers of football in this spot, but it’s definitely a time where not saying something is a significantly better decision than doing this. A simple, “we hope for the best and will provide updates when they are available” would’ve been vastly superior to suggesting a chilly L.A. night was the reason for a man shaking on a stretcher after being knocked unconscious.

UPDATE: The first official update from the Chargers came in the late third quarter, as Parham is undergoing evaluations but is in “stable” condition.