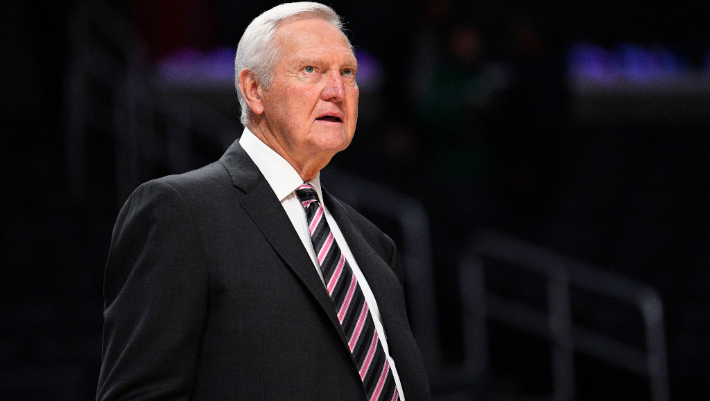 Winning Time: The Rise of the Lakers Dynasty, HBO’s new series about, well, the rise of the Lakers dynasty during the 1980s, has been a hit with viewers. And in early April even got the greenlight for a second season. One person who is most definitely not celebrating the show’s success, however, is former player-turned-Lakers executive Jerry West—the literal face of the NBA.

On Tuesday night, ESPN reported that lawyers for West, who is portrayed by Jason Clarke in the Adam McKay-produced series, sent a letter to HBO and McKay in which they demanded both an apology and a retraction for the series’ depiction of West, which they described as a “a baseless and malicious assault” on his character.

West’s legal team writes that “Winning Time falsely and cruelly portrays Mr. West as an out-of-control, intoxicated rage-aholic”—a depiction that they claim “bears no resemblance to the real man.” And for which they are demanding a retraction within two weeks of receipt of the letter in question.

How exactly one would “retract” the portrayal of a character that has already been well established on the show is unclear. And while a statement ahead of the series makes it clear that the show is a “dramatization,” West’s lawyers say that isn’t enough. The claim that the show’s creators acted with “legal malice” in creating their portrayal of West.

“Jerry West was an integral part of the Lakers and NBA’s success,” said Skip Miller, an attorney for West. “It is a travesty that HBO has knowingly demeaned him for shock value and the pursuit of ratings. As an act of common decency, HBO and the producers owe Jerry a public apology and at the very least should retract their baseless and defamatory portrayal of him.”

Winning Time, the series, is based on Jeff Pearlman’s book, Showtime: Magic, Kareem, Riley, and the Los Angeles Lakers Dynasty of the 1980s. As part of their complaint, West’s lawyers note that many of the scenes that portray West in a violent or negative light do not appear in the book.

Several of the other real people portrayed in the series, including star player Kareem Abdul-Jabbar, have backed up West.

“Instead of exploring his issues with compassion as a way to better understand the man, they turn him into a Wile E. Coyote cartoon to be laughed at,” the former Laker said in a statement. “He never broke golf clubs, he didn’t throw his trophy through the window. Sure, those actions make dramatic moments, but they reek of facile exploitation of the man rather than exploration of character.”