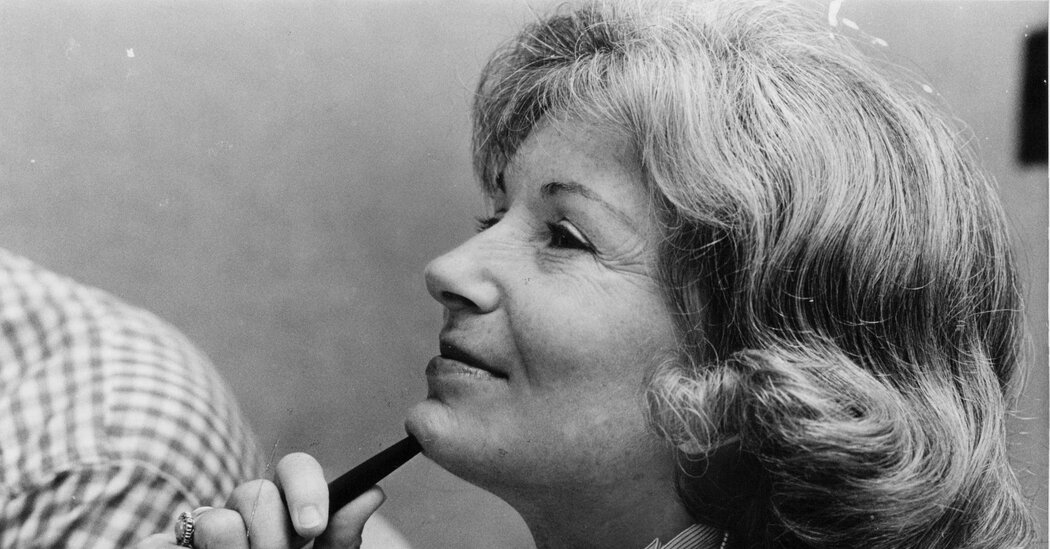 The marriage ended in divorce, and in 1960 she wed Johnny Morris, a wide receiver for the Chicago Bears, whom she had also met on the Santa Barbara campus.

Ms. Morris’s first break in sports came after her husband retired from the Bears in 1967 and became a local sportscaster. When The Chicago American newspaper asked him if he would write a column, he declined but said that his wife was a writer and should be hired.

She got the job, but her byline did not reflect her name. Rather, following societal norms of the time, “Mrs. Johnny Morris” wrote a weekly column, “Football Is a Woman’s Game,” which ran in the paper’s women’s pages before it shifted to the sports section of The American and, later, The Chicago Daily News. Eventually, her byline changed to Jeannie Morris.

As the wife of a Bear, she had plenty of material to write about.

“It was because I lived 10 years of a football life that most people didn’t see,” she told The Athletic in her last interview, shortly before she died. “There was a subculture. There were good stories in the subculture.”

In 1969, Ms. Morris joined Mr. Morris at the Chicago television station WMAQ, where they began a long run as a popular local media couple. Early on, the station marketed her as a soft-news reporter. An advertisement in The Chicago Tribune in 1970 promoted her “woman’s view of the sports world,” through which it said viewers met “top personalities in sports, their families and their friends.”

She would soon prove herself as a field reporter, covering and producing news and features on Chicago sports.

“She was my No. 1 reporter,” Mr. Morris said in a phone interview. “A lot of times I had to give her tough assignments, but I knew she was up to it.” He added, “She was competitive — as competitive as I was — and we made a good team.”