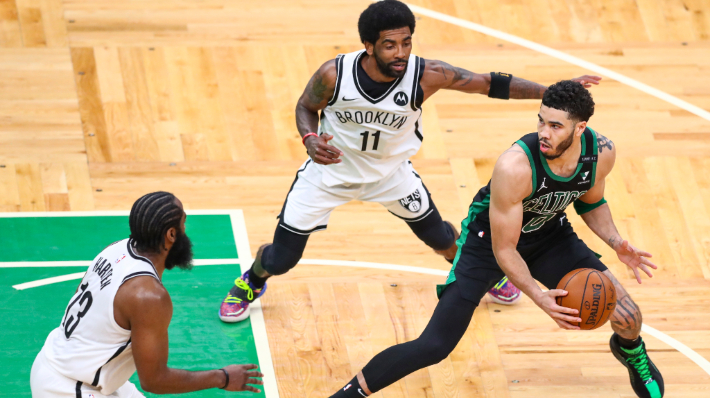 The Boston Celtics have taken a game off of the Brooklyn Nets. A perfect storm in Beantown came together to help the 7-seed in the Eastern Conference cut their series deficit to the 2-seed in half, as Boston picked up a 125-119 win on Friday night.

The man of the night, as is so often the case when good things happen to the Celtics, was Jayson Tatum. The All-Star forward set a playoff career-high with 50 points on 16-for-30 shooting with seven assists, six rebounds, two steals, and a block. He was magnificent, having an answer for seemingly anything and everything the Nets tried to throw at him and playing a major role in Boston overcoming an early 19-4 deficit.

Another thing that usually happens when Boston wins: Marcus Smart was able to score efficiently, dropping 23 on 8-for-11 shooting. Add in that Tristan Thompson (19 points, 13 rebounds) and Evan Fournier (15 points, five rebounds), and the Celtics were able to weather a not particularly good scoring night from Kemba Walker (six points on 3-for-14 shooting, although he had eight rebounds) and a mere 10 points off the bench.

It also helped that Brooklyn had an off night by its lofty standards. James Harden and Kevin Durant were unreal — the former scored 41 points on 11-for-18 shooting and a 7-for-12 clip from three with 10 assists and seven rebounds, while the latter scored 39 on 13-for-24 shooting with nine boards.

Outside of them, though, there wasn’t a ton of offensive output. Kyrie Irving, in his return to Boston, score 16 points on 6-for-17 shooting, while the remaining six players combined to score a total of 23 points.

Despite all of this, the Celtics still barely held off the Nets, a reminder of how good Brooklyn can be and how fine the margins are when dealing with a team this talented. But for a Boston squad that has been to hell and back this year when it comes to injuries and players missing time due to COVID-19 protocols, picking up a win and making it a series against one of the favorites to win the Eastern Conference is a nice boost. And who knows? If Tatum can have a few more games where he goes toe-to-toe with any combination of Durant, Harden, and Irving, perhaps Boston can elongate this series a little bit more.

Game 4 between the Celtics and Nets will take place on Sunday evening. Things are slated to tip off at 7 p.m. EST on TNT.