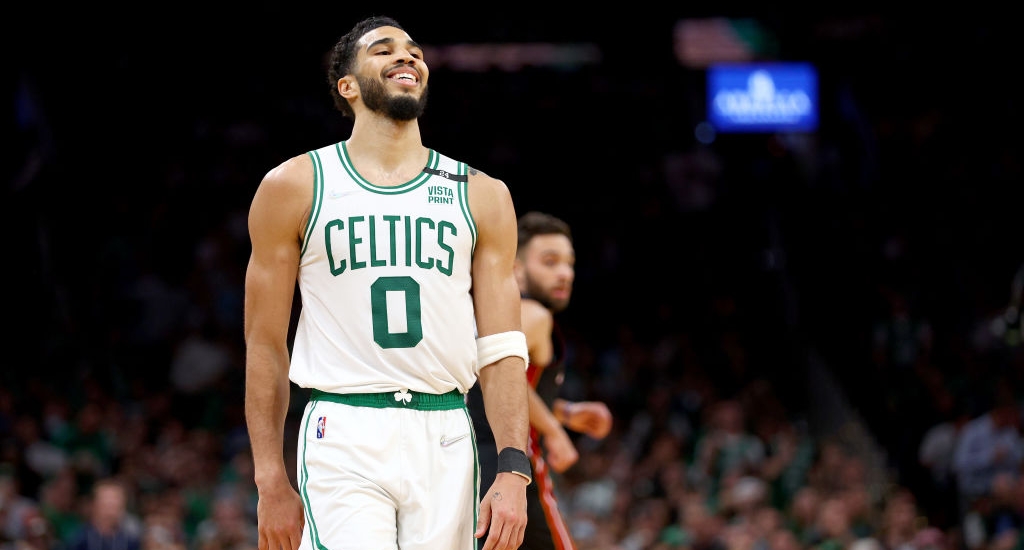 Welcome to the NBA offseason, which consistently gives us a few forms of content. There are, obviously, trades and free agent moves and all the rumors that come from those things — in some corners of the internet, that last thing is referred to as “slop.” But there’s also far more good stuff out there every summer, and my favorite running bit is NBA players going to basketball camps where children are in attendance and devastatingly blocking their shots.

We got our latest one of these videos on Thursday, when Boston Celtics star Jayson Tatum returned to his hometown of St. Louis for a two-day camp at his old high school, Chaminade College Preparatory School. At one point, Tatum and his son, Deuce, were on the floor, and Deuce attempted to drive by his old man to score a layup.

But Tatum, because he is an adult and a basketball player, decided he was going to keep his son from scoring and had some fun with it. Deuce got to the rim and prepared to try a layup while the reigning Eastern Conference Finals MVP stood there with his arms out and very obviously planned on spiking this like it’s a volleyball. Deuce eventually put up a shot, and then [extreme John Madden voice]

I am willing to wager that this is not the first time this exact thing has happened when the pair have been on a basketball court, and I will also wager that Tatum really enjoys doing it.