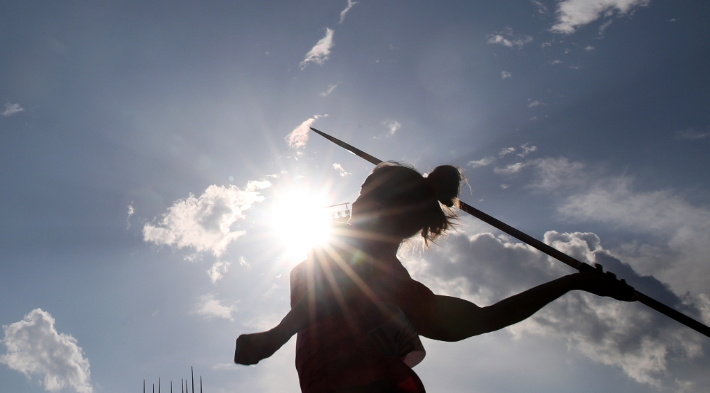 The sports world is abuzz in reaction to Sha’Carri Richardson getting banned from running the 100 meters at the Summer Olympics. Richardson tested positive for marijuana recently, meaning she accepted a one-month suspension from the United States Anti-Doping Agency and saw her recent result in the race, in which she ran a 10.86 en route to establishing herself as a gold medal contender in Tokyo, disqualified.

Richardson can still run the 4×100 at the Olympics, but it’s an overly harsh penalty and one that comes, as she explained on Today, after she used marijuana as a way to cope with the recent passing of her mother. Only 21, Richardson has the silver lining of youth, and it is very possible this won’t be the only time she’s a gold medal threat.

In the aftermath of this, plenty of folks — including a number of professional athletes — have been in Richardson’s corner. One person who decided to fire off a take is Emmanuel Acho, the former NFL linebacker who is now a Fox Sports personality. Please look at this tweet:

Legalizing weed in track and field competition is all good if you’re running in a straight line.

Legalizing weed in track and field competition is terribly dangerous if you throw the javelin.

Where do we draw line.

What this appears to imply is that if we let javelin participants smoke marijuana, they’d take them in their hands and then throw them and impale people, making some type of human kebab. It seems to be something out of a really weird cartoon and not, you know, real.

As you can guess, the Twitterverse saw this and was totally baffled as to whatever Acho was going for.

You think someone is smoking or popping an edible right before they run or throw a javelin?

emmanuel, agree. you’ve got so many people on the ropes with this epic point. marijuana-crazed javelin throwers are a real problem in this country. you never know what can happen when that reefer madness pokes your frontal lobe. stay speaking #truth!

I don’t think the athletes will be doing bong rips as they warm up for the throw…. This is silly.

Even Robert Griffin III and retired defensive end Chris Long opined on what Acho had to say.

Love ya my guy but the issue at hand is not weed. It’s mental health.

I am not an expert but I am inclined to believe that a person who is baked out of their mind would not be allowed to throw the javelin, and if so, people would probably not stand in such a place that they could get their lives ruined. Having said this, I have been wrong before, so who knows?