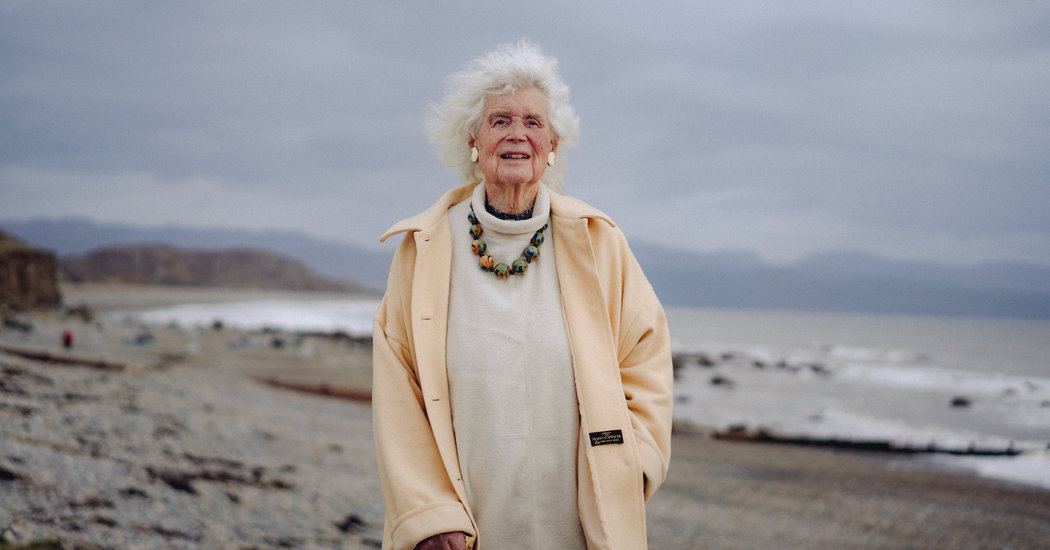 “I think for sheer exuberance the best day of my life was my last on Everest,” Morris wrote in “Conundrum.” “The mountain had been climbed, and I had already begun my race down the glacier toward Katmandu, leaving the expedition to pack its gear behind me.”

She continued: “I heard from the radio that my news had reached London providentially on the eve of Queen Elizabeth’s coronation. I felt as though I had been crowned myself.” For a Britain that was fast losing its empire, the conquest of Everest was greeted with nationalistic euphoria.

As a correspondent with The Times and later with The Guardian, Morris wrote about wars, famines and earthquakes and reported on the trial in Israel of Adolph Eichmann, the Nazi war criminal who was convicted and executed for his leading role in the extermination of millions of Jews.

Morris also covered the trial in Moscow of Francis Gary Powers, the United States spy plane pilot who was shot down over the Soviet Union. Morris traveled to Havana to interview Che Guevara, the revolutionary leader, who was described in “Conundrum” as “sharp as a cat,” and to Moscow again to meet with the British intelligence defector Guy Burgess, who was “swollen with drink and self-reproach.”

It was in the early 1960s that Morris met with a prominent New York endocrinologist, Dr. Harry Benjamin, an early researcher on transgender people.

He advised Morris on a slow process of transition that began with heavy doses of female hormones — some 12,000 pills from 1964 to 1972, according to the writer’s own calculations. Morris wrote, “I was about to change my form and apparency — my status, too, perhaps my place among my peers, my attitudes no doubt, the reactions I would evoke, my reputation, my manner of life, my prospects, my emotions, possibly my abilities.”

From the very beginning of Morris’s marriage, she had confided her feelings about her gender identity to her wife, Elizabeth Tuckniss, the daughter of a tea planter.