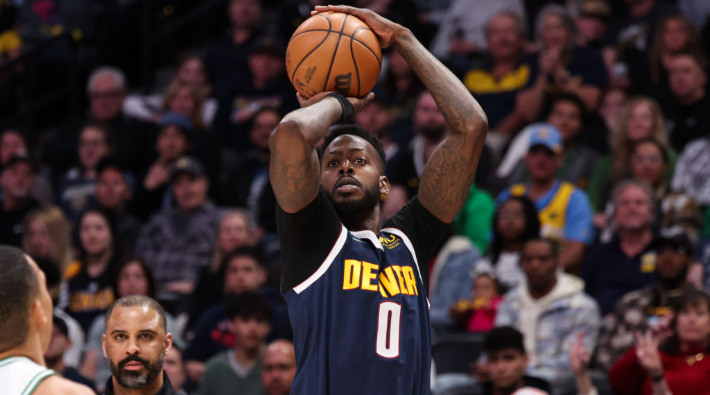 After securing their fourth championship, the Golden State Warriors have found smart low risk ways to round out their roster. Golden State had a few roster slots to fill after Gary Payton II and Otto Porter Jr. left for larger deals in free agency and Nemanja Bjelica returned to Europe. There’s an expectation that Moses Moody and Jonathan Kuminga will take on larger roles to replace Payton and Porter, but Golden State still needed some veteran talent to fill the void left by Payton and Porter.

They were able to acquire Donte DiVincenzo on a modest deal that could potentially pay off big if DiVincenzo can get back to being the knockdown shooter and quality defender we saw in Milwaukee before his injury. There was still a need in the frontcourt, though, and on Tuesday it was reported that JaMychal Green plans to sign with Golden State after he completes a buyout with the Oklahoma City Thunder.

Forward JaMychal Green is finalizing a contract buyout with the Oklahoma City Thunder and plans to sign with the Golden State Warriors after he clears waivers, his agent Michael Hodges told @TheAthletic @Stadium.

Green played 16 minutes a game last year for the Denver Nuggets, but was traded to Oklahoma City shortly before the draft to shed some salary for Denver. At 32, Green does not fit OKC’s timeline, which led to the reported buyout. His ability to defend the power forward position and occasionally play as a small ball center could prove useful for the Warriors, particularly as insurance for Draymond Green should the future Hall of Famer miss any extended time as he did this past season. Green only shot 26 percent on threes last year, but he is a career 36 percent three point shooter who could provide even more space for the potent Warrior offense if he can return to the form of old. On the whole, Golden State gets one more tool to assist them in their title defense next season, and while Green’s not a groundshaking move, it’s a solid addition that gives Steve Kerr yet another option for his rotation.