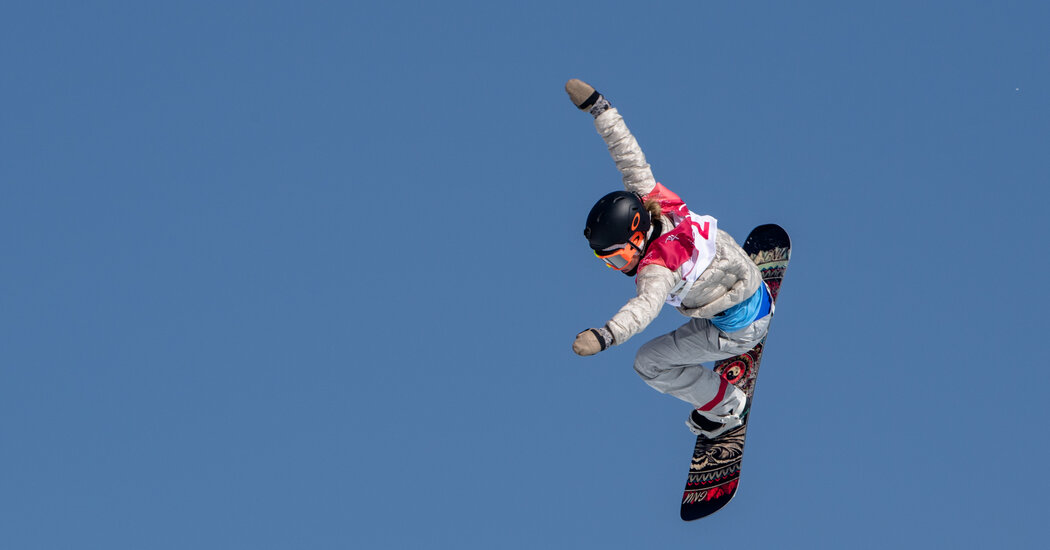 Jamie Anderson is vying for her third straight Olympic Gold in the slopestyle snowboarding event, which kicks off Saturday in Beijing.

The American slopestyle star, who won the gold medal in the inaugural event at the 2014 Games in Sochi, is among 30 athletes competing in the qualification run. The final run and medal event will be held on Sunday.

Anderson used her roll-with-it mind-set to win her second gold medal in Pyeongchang, South Korea, in 2018. But a third gold medal may be a tall order. The top rider this season has been Zoi Sadowski-Synnott of New Zealand, who beat Anderson two weeks ago at the X Games in Aspen, Colo. Enni Rukajarvi of Finland, Tess Coady of Australia and Anna Gasser of Austria are also expected to have strong runs.

The course includes three rail sections followed by three jump sections. Slopestyle athletes perform a combination of grinds and spins on the rail portion of the course, then high-flying flips and corkscrews over a series of large jumps. The venue, Genting Snow Park, is about 150 miles from Beijing and features a replica of the Great Wall of China.