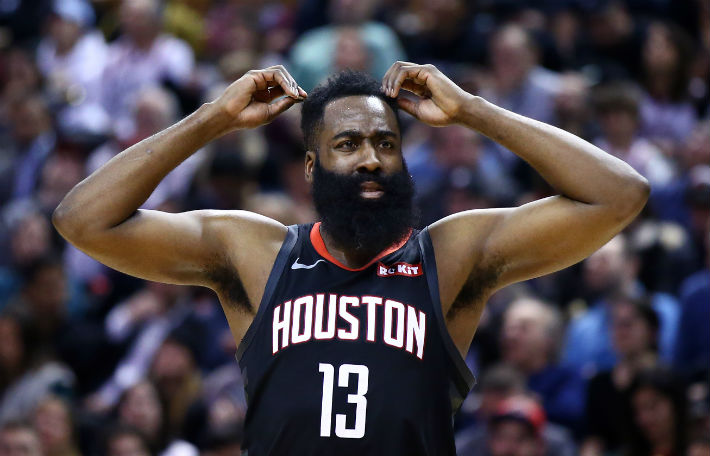 Monday saw the NBA lift the moratorium on trades and the result was seeing Chris Paul get dealt from the Oklahoma City Thunder to the Phoenix Suns in the first blockbuster of what figures to be a very active trade market.

Paul was the biggest name expected to be moved this offseason, but his former team in the Houston Rockets is suddenly on the precipice of potentially having to blow things up. Russell Westbrook, the man Houston dealt Paul and multiple first-round picks to the Thunder for, has requested a trade, and rumblings have been growing that James Harden is likewise eyeing his way out. That first came in a report that Harden had the Nets near the top of his list of possible trade destinations should he be moved, alongside reports that he was not requesting a trade at the time and was “locked in” to the Rockets.

However, things move quickly in the NBA and it now seems Harden’s formal request to be traded has been made. The Athletic’s Shams Charania issued a report on Monday afternoon that Harden wanted to be dealt to a contender elsewhere, with the Nets and Sixers (where former Rockets GM Daryl Morey is now in charge of basketball operations).

Rockets star James Harden wants to be on a contender elsewhere, and Brooklyn and Philadelphia are believed to be his top desired trade destinations, sources tell @TheAthleticNBA @Stadium.

Houston is fully comfortable keeping Harden and Russell Westbrook into the season.

None of this comes as a significant surprise, as you don’t get reports of someone’s preferred trade destinations if they don’t want that out there, and now the subtlety of that gentle push is just about all gone. Houston indicating they aren’t determined to trade him this offseason is a wise move to save at least a bit of leverage in all of this, as they’ll happily let the season play out as it may and wait out for the best possible offer. Brooklyn has a number of intriguing players that they could offer Houston, but the only real way a deal with the Nets is going to gain quick traction is if Kyrie Irving is included. That’s because a Philadelphia package almost assuredly involves swapping one of their stars, with most feeling Ben Simmons is likely to be moved before they’d consider trading Joel Embiid — particularly for Harden given Simmons need to be on-ball to have his biggest impact on offense. Beyond those two, this request going public will surely lead to other teams at least probing the Rockets with a call to see what it might take to get Harden out of Houston, and it’s always possible a different team ends up emerging as the top suitor.

For now, it seems like the pressure is mostly coming from Harden and the Rockets are content to wait out a strong offer for the former MVP, as they should. The question is how quickly the Nets, Sixers, or someone else are willing to place their best offers on the table, and if it’s enough to make something happen before this season begins next month.