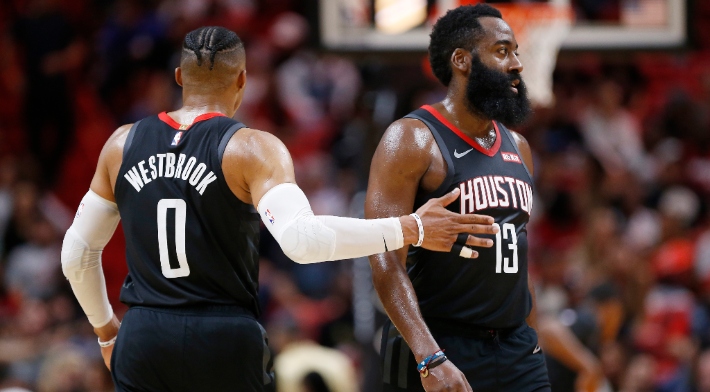 It’s been a rough couple of months for the Houston Rockets. The Lakers bounced them out of the second round in Orlando in five games, during a series in which they never really looked competitive, and the fallout started almost immediately. Mike D’Antoni parted ways with the organization, and not long after, Daryl Morey left for a new challenge in Philly.

Trade rumors started amping up after that, involving both Russell Westbrook and James Harden, with whispers about the Sixers possibly trying to make a move for the former MVP and scoring champ, although Houston’s front office was quick to call it a “non-starter.”

This week, those rumors started to gain traction once again, with the latest being that Russell Westbrook reportedly wants out of Houston. With things seemingly unraveling around them, it would follow that the organization might start seriously entertaining offers for Harden, although Shams Charania of The Athletic says Harden remains “locked in” with his incumbent team for the coming season.

Houston’s James Harden remains committed to the Rockets and is “locked in” for the season, sources tell @KellyIkoNBA and me.

Of course, things can obviously change quickly, especially with free agency looming and teams looking to retrofit their rosters for the coming season. Depending on what the Rockets can get back in a potential Westbrook trade, they’ll face some difficult decisions about how to move forward. Harden has three years left on his contract, with a player option for the final year.

Right now, the goal is to gauge Westbrook’s trade value and figure out what the ripple effects might be from there. Harden’s future with the franchise just might hang in the balance.