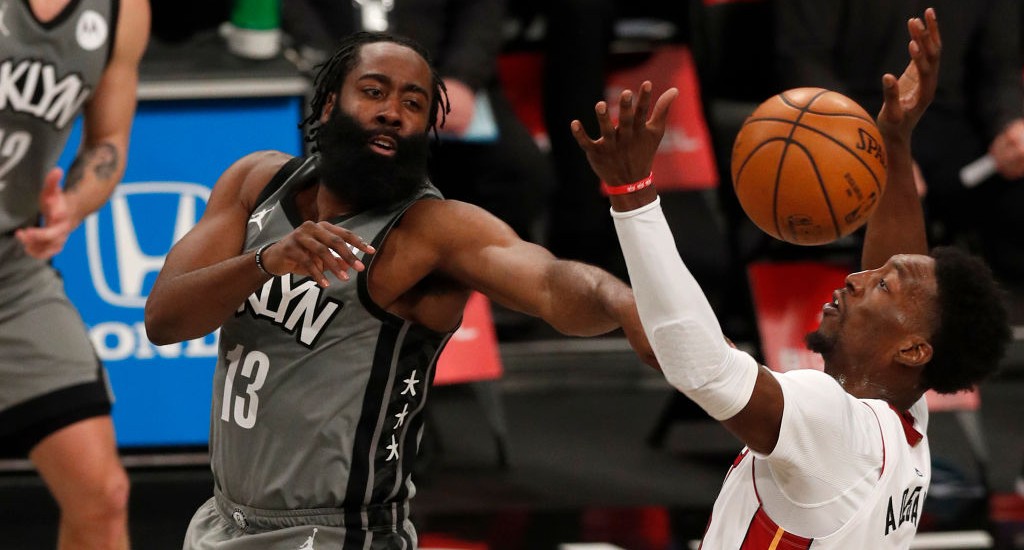 On Monday, the USA Basketball women’s roster was announced, headlined by longtime legends Diana Taurasi and Sue Bird, with an All-Star cast around them of both veterans and newcomers.

The men’s squad is still taking shape, as commitments from stars have been steadily trickling in for the last week, starting with Damian Lillard and Draymond Green and continuing to now include Kevin Durant, Jayson Tatum, Bradley Beal, and Devin Booker. Two more NBA stars made their commitments to the USA Basketball men’s roster on Monday, as Bam Adebayo of the Miami Heat will join as a much needed big man on a roster currently with just one in Draymond, and James Harden has committed in a bit of a shocker given his hamstring injury, per Shams Charania.

Advertisement
@Stadium. Kyrie Irving is unlikely to play as he recovers from his ankle injury.

Harden said he was dealing with a Grade 2 hamstring strain when he returned to the Nets lineup for Games 5-7 of their conference semis loss to Milwaukee, and given the fickle nature of hamstring injuries a good chunk of time off figured to be a good thing for Harden this summer. However, he chose to join Kevin Durant on the USA roster in what is suddenly a loaded backcourt based on the current commits. The frontcourt remains a bit of a question mark, but Adebayo’s presence will bolster that in a big way and one would expect them to be focus their efforts on rounding out a few more bigs at the 4 and 5 spots in the coming week-plus.