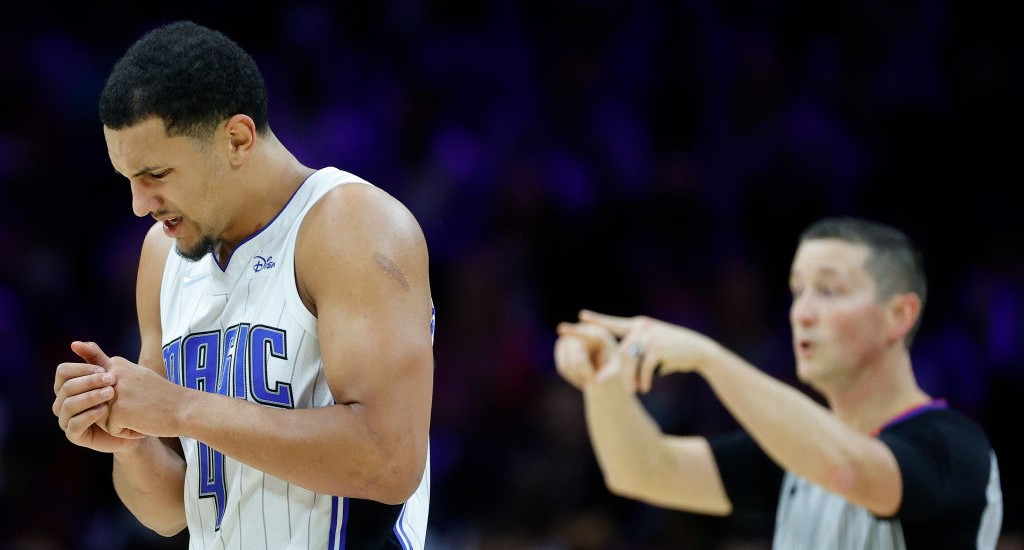 Orlando Magic rookie Jalen Suggs put together one of his best statistical games of his young career on Monday, scoring 17 points and dishing out five assists in 29 minutes of action against the Philadelphia 76ers. However, Suggs was forced to the sideline after 29 minutes on the court after getting hit on the hand by Joel Embiid swiping down on the ball as Suggs drove into the paint in the fourth quarter.

After the game it was announced by the team that the No. 5 overall pick in the 2021 NBA Draft will miss “an extended period of time” with a fractured right thumb.

Suggs will be out for an extended period of time.#MagicTogether

While that timetable is flexible in nature, ESPN’s Adrian Wojnarowski reports it will be “several weeks” before Suggs can return.

Suggs will travel back to Orlando to get fractured thumb reevaluated before a clear timetable on a return, but he’s expected to miss several weeks. https://t.co/Xy8i06p2ZX

Prior to Monday’s game, Suggs was shooting just 33.6 percent from the floor and 24.8 percent from three-point range in his first 20 games. Those scuffles are not out of the ordinary for a rookie guard, though, and Suggs is not in the best offensive context with a limited cast and limited spacing for the Magic this season. Still, his start has not been outstanding, and this is an unfortunate hiccup in the middle of his rookie season.

In Suggs’ stead, the Magic will likely turn to fellow youngster RJ Hampton, particularly with Cole Anthony nursing an ankle injury and Markelle Fultz still sidelined with a knee issue. Orlando does have options, but Suggs was selected with an eye toward the future, and the Magic will have to put his development on hold, at least for a few weeks.