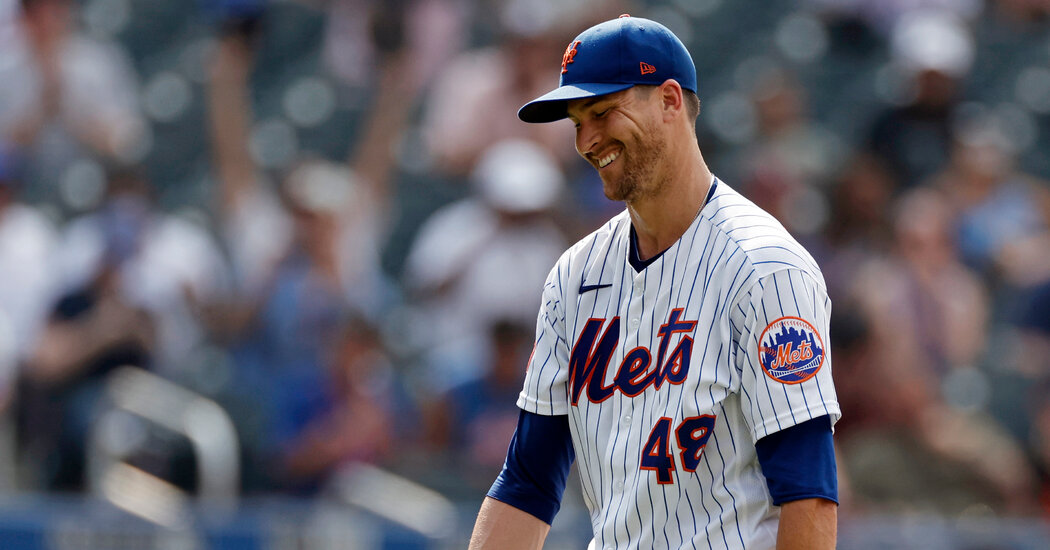 The Mets’ Jacob deGrom showed again on Wednesday why he is baseball’s best pitcher. After allowing a leadoff home run to Milwaukee’s Luis Urias, he held the Brewers to one more run across seven innings, with no walks and 10 strikeouts. His earned run average actually rose — to 1.08 — but the Mets won the game, the first of a doubleheader, 4-3, in eight innings.

After the game, though, deGrom said he would reserve his dazzling performances for the Mets. He said he had decided to decline an invitation to the All-Star Game on Tuesday at Coors Field in Denver, where he would surely have been the starter for the National League and perhaps have faced the majors’ home run leader, Shohei Ohtani of the Los Angeles Angels, who was named as both a pitcher and a designated hitter for the American League team.

DeGrom has made 15 starts this season — with 146 strikeouts and just 11 walks — but has navigated minor injuries to his back, flexor tendon and shoulder. He said he hoped that a teammate, the right-hander Taijuan Walker, would take his place. Walker, a nine-year veteran who has never been an All-Star, is 7-3 with a 2.44 E.R.A. in his first season as a Met.

Every team is required to have an All-Star representative, but that player does not necessarily have to be active for the game. So while the Mets have no All-Stars besides deGrom, the league is not obligated to replace him with one of his teammates.

DeGrom reached a milestone on Wednesday, recording his 1,500th career strikeout in just his 198th career game. Only one pitcher has gotten to 1,500 strikeouts in fewer appearances: Yu Darvish of the San Diego Padres, who did it last month in his 197th career game. DeGrom cracked a smile on the mound after shortstop Francisco Lindor told him what he had done.