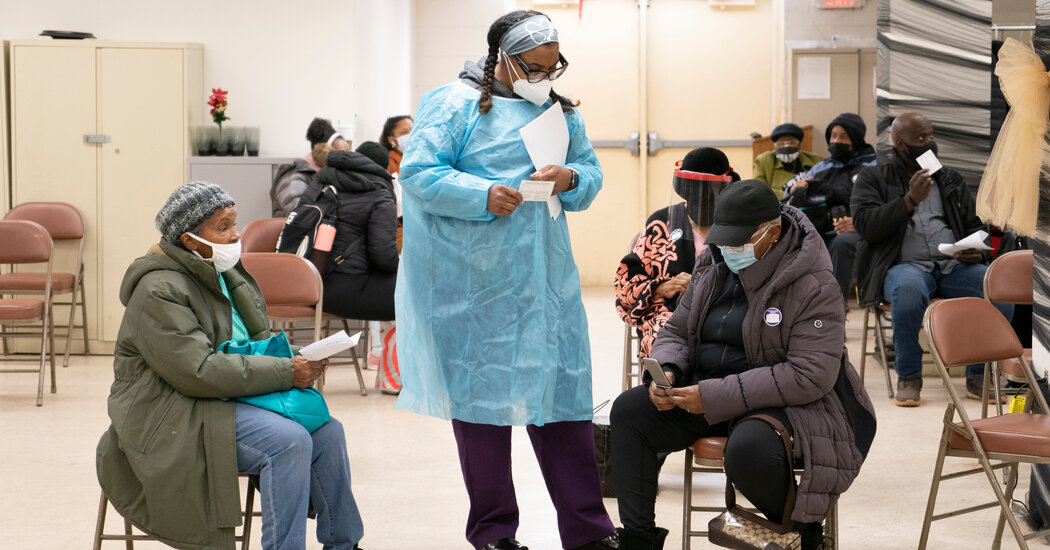 People who received a Johnson & Johnson coronavirus vaccine may be better off with a booster shot from Moderna or Pfizer-BioNTech, according to preliminary data from a federal clinical trial published on Wednesday.

That finding, along with a mixed review by the Food and Drug Administration of the case made by Johnson & Johnson for an authorization of its booster, could lead to a heated debate about how and when to offer additional shots to the 15 million Americans who have received the single-dose vaccine.

The agency’s panel of vaccine advisers will meet Thursday and Friday to vote on whether to recommend that the agency allow Moderna and Johnson & Johnson to offer booster shots.

Despite the questions raised by the new data on the strength of Johnson & Johnson’s boosters, some experts anticipated that the agency would clear the shots anyway, since the effectiveness of the one-shot vaccine is lower than that of the two-dose mRNA vaccines made by Moderna and Pfizer-BioNTech. And the broader public may also be expecting the authorizations, given the Biden administration’s push for boosters from all brands.

Once the agency authorized a booster from Pfizer-BioNTech last month, “the die was cast,” said John Moore, a virologist at Weill Cornell Medicine.

The Pfizer and Moderna vaccines are by far the most used in the United States, with more than 170 million people in the United States fully immunized with either one or the other vaccine. When Johnson & Johnson’s was authorized in February, public health experts were eager to deploy the “one-and-done” option, particularly in communities with poor access to health care. But the shot’s popularity plummeted when the F.D.A. later paused its use to investigate rare blood clotting cases.

For those who have received the Johnson & Johnson vaccine, the timing of a booster authorization — of any brand — is still uncertain. The F.D.A. panel is set to vote Friday only on whether the agency should permit a second dose of the Johnson & Johnson vaccine, a scenario the Centers for Disease Control and Prevention’s own vaccine advisory committee will discuss next week. If both agencies believe an additional dose should be offered, people could seek them out as early as next week.

Whether the F.D.A. might authorize the mix-and-match approach, and how, is unclear. The strategy will be discussed at the agency panel’s meeting on Friday, but no vote will be taken. If regulators eventually believe there is enough scientific support for the approach, they would likely need to update the authorization language of the Moderna and Pfizer-BioNTech vaccines to allow for their use in people who initially received Johnson & Johnson’s.

In a study conducted by the National Institutes of Health, researchers organized nine groups of roughly 50 people each. Each group received one of the three authorized vaccines, followed by a booster. In three groups, volunteers received the same vaccine for a boost. In the other six, they switched to a different brand.

The authors cautioned about the study’s small size and noted that they did not follow the volunteers long enough to identify rare side effects.