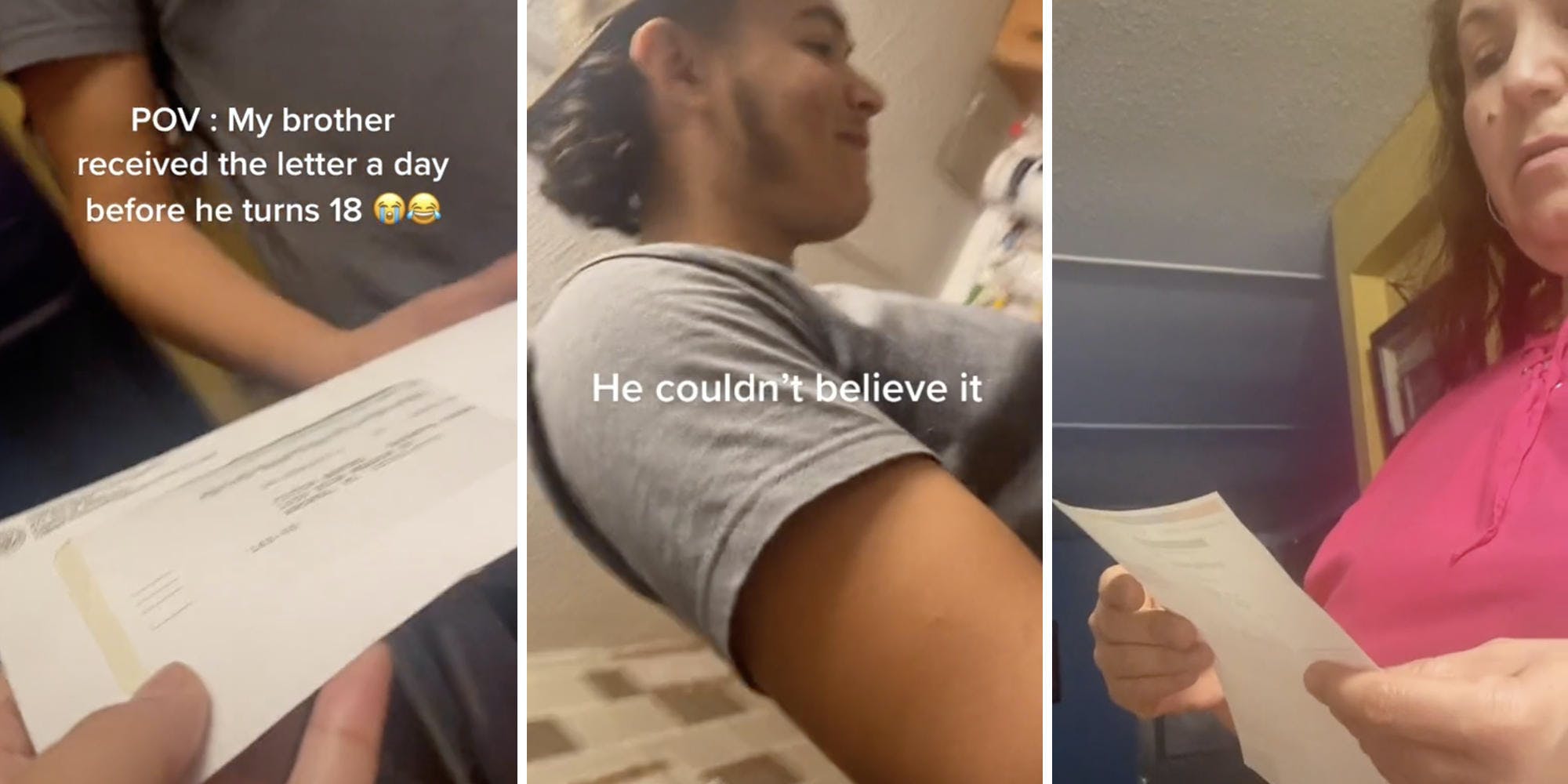 A TikTok user has gone viral after uploading video of her brother receiving a letter from the Selective Service System informing him that he could be drafted into the U.S. military. But the letter isn’t as scary as some are making it out to be.

The video, which was uploaded twice by TikTok user Victoria Casanova late last month, has been viewed collectively more than 4.4 million times.

“It was nice knowing you brother,” the caption says.

Set to the song “We Just Got a Letter,” a popular tune from the kids show Blue’s Clues, the footage shows the TikToker’s brother opening the mail. The video then cuts to his concerned looking mother as the iconic anti-war anthem “Fortunate Son” by Creedence Clearwater Revival begins to play.

Given Russia’s recent invasion of Ukraine, many users appeared to think that the U.S. was preparing to go to war.

“Everybody trynna [sic] hide the fact we might go into war,” one user wrote.

“Bro got drafted,” another said.

Others feared they could be drafted as well, joking that they were preparing to leave the country.

“Mexico here I come,” another said.

“Is this real,” another added. “The selective service is being activated?”

But the letter isn’t anything out of the ordinary. As many others noted in the comments, the majority of males in the U.S. receive such a letter once they turn 18. The letter merely states that an individual could be enlisted in the military if the draft returns, not that the military is preparing for war.

“Yall, the kid isn’t being drafted,” one user said. “Literally every adult male American gets this letter.”

“It’s not an actual draft, it’s to let him know that at anytime he can now be drafted as he is 18,” another user wrote.

The chances that anyone would be drafted remain slim. The U.S. military has been all-volunteer since 1973.