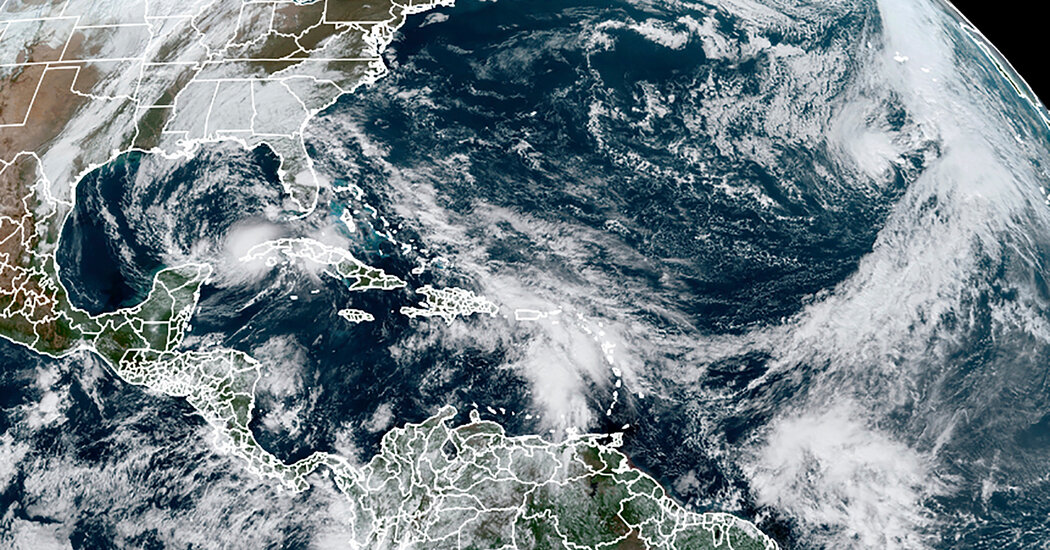 The storm, which was moving south-southwest at three miles per hour as of 10 p.m. Friday, was about 610 miles east of Cabo Gracias a Dios on the Nicaragua/Honduras border. It was expected to strengthen steadily and gain speed over the next few days, according to the National Hurricane Center.

The storm could become a major hurricane — Category 3 or above — as it approaches Central America, Dennis Feltgen, a spokesman and meteorologist with the National Hurricane Center in Miami, said on Friday night. It is expected to reach the coasts of Honduras and Nicaragua on Monday. Rainfall could total 16 to 20 inches in some areas.

Advertisement
when it made landfall as a Category 4 hurricane.

That storm also hit Florida twice, leaving thousands without power and inundating streets and roads. In contrast to Eta, Iota is not predicted to turn north toward the United States, Mr. Feltgen said.

Although scientists have not definitively said that global warming has led to more hurricanes, there is consensus that climate change has altered the ways in which hurricanes behave, making them more destructive.

Scientists had expected an active hurricane season with up to 25 named storms. That expectation has now been exceeded, along with the record set in 2005, in which 28 storms were strong enough to be named.

After exhausting the 21-name list that was established by the World Meteorological Organization for the hurricane season, meteorologists have resorted to using names from the Greek alphabet.

Mr. Feltgen said that “2020 had all the right ingredients to be an exceptionally active season.”