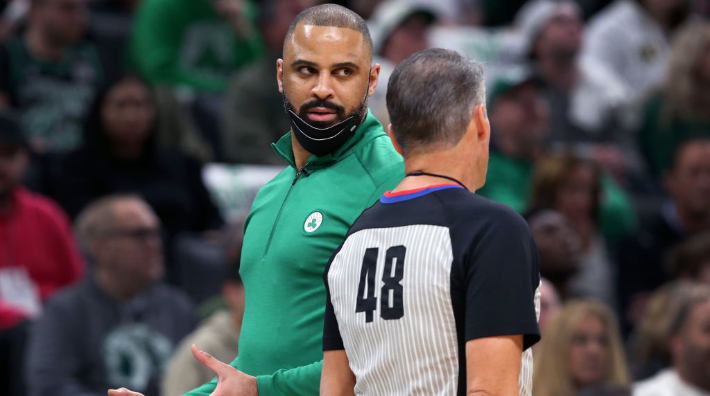 Ime Udoka cut his teeth for years as an assistant coach in the NBA before becoming the head coach of the Boston Celtics last year. After a rocky start to the campaign, Udoka and the Celtics turned things around, made their way through the Eastern Conference, and earned a berth in the NBA Finals before losing to the Golden State Warriors.

The Celtics have extremely high hopes for the 2022-23 campaign, but apparently, the team might have to win games this season without their head coach in the fold. According to a report by Adrian Wojnarowski of ESPN, Udoka is facing a potentially lengthy suspension from the team “for an unspecified violation of organizational guidelines.”

ESPN Sources: Boston Celtics coach Ime Udoka is facing possible disciplinary action – including a significant suspension – for an unspecified violation of organizational guidelines. Discussions are ongoing within the Celtics on a final determination. pic.twitter.com/1QZb0k326F

Wojnarowski noted that the Celtics’ decision-makers are still attempting to figure out what the punishment will be for Udoka.

Udoka suited up for five separate NBA teams and a number of squads in Europe during his playing career. Following his retirement as a player in 2012, Udoka joined Gregg Popovich’s staff with the San Antonio Spurs, one of the teams for which he played. He spent time in San Antonio, Philadelphia, and Brooklyn before getting the Boston job last year. Udoka holds a 51-31 record as a head coach.