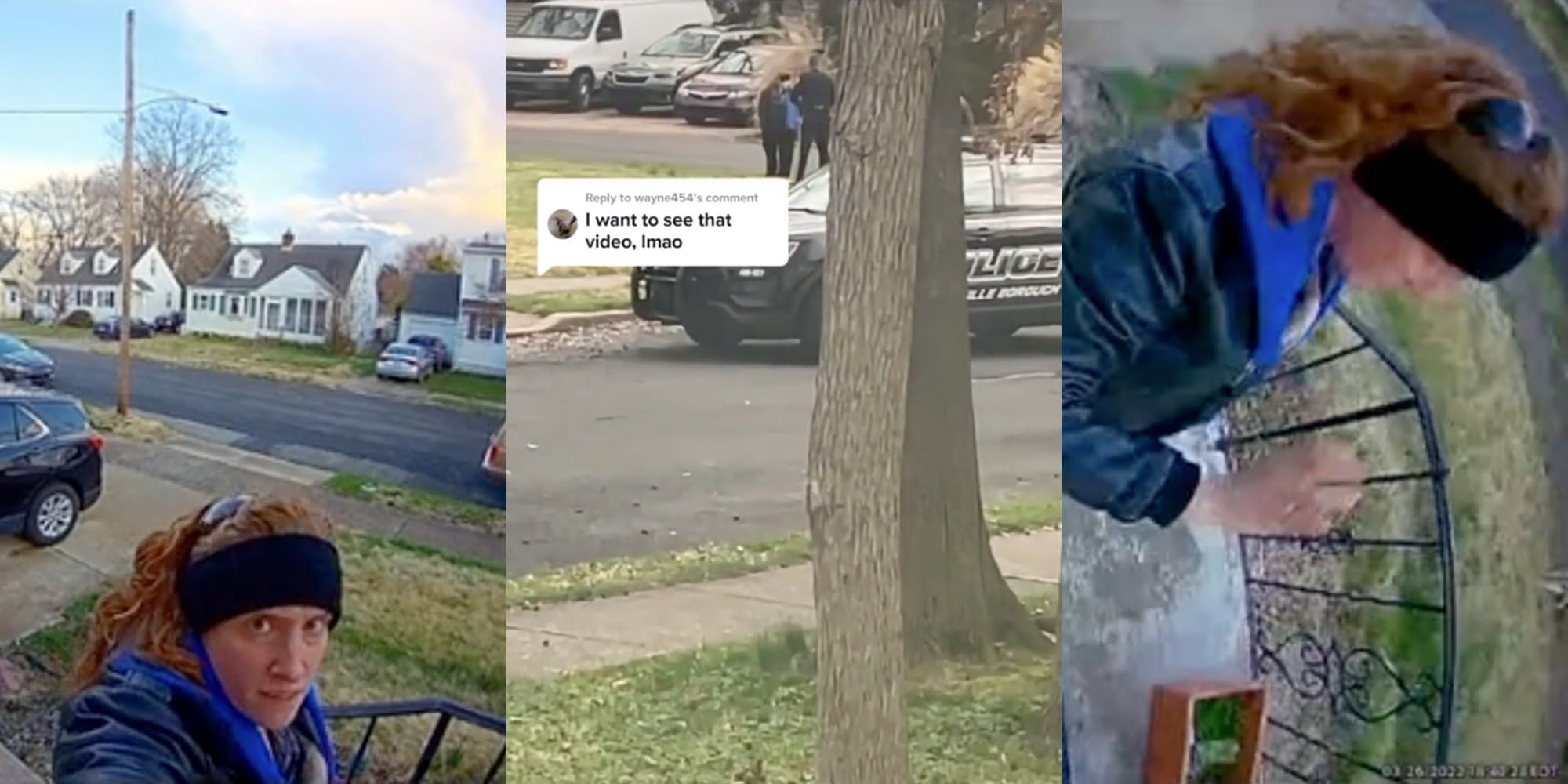 A viral TikTok video shows a woman in Pennsylvania tearing down a Ring doorbell camera before eventually being confronted and charged by police.

Two versions of the footage, one with music and one without, have been viewed more than 3.1 million times collectively since being uploaded earlier this week.

The TikTok user @covertc3 says she believes the woman became irate after the Ring camera verbally stated that it was recording, a feature that activates when motion is detected.

The woman can be heard stating “I’m not OK with that” before approaching the camera and attempting to pull it off the TikToker’s home.

But the woman’s actions did not go unpunished. In a follow up video, @covertc3 shows the woman being confronted by police across from her home.

The Morrisville Borough Police Department, whose officers made contact with the woman, confirmed the incident with the Daily Dot.

The department also confirmed, as seen in another follow-up video from @covertc3, that the woman was hit with charges as well.

The charges include criminal mischief, disorderly conduct, destruction of property, and trespassing.

The Daily Dot reached out to @covertc3 for comment but did not receive a reply by press time.

Users in the comments were quick to celebrate the woman’s charges while referring to her as a “Karen.”

“I love when Karen’s [sic] get punished lol just wish we heard what excuse she came up with,” one user wrote.

“Oh, the amount of serotonin that entered my brain for this,” another said in response to the footage.

The video also went viral on the popular subreddit r/PublicFreakout, receiving 11,000 upvotes as of Wednesday.

“Lol, she’s not ok with it because she is probably the reason they have a doorbell camera,” one redditor joked.

The TikTok user has promised her viewers that she will continue to provide updates on the case. The woman is expected to appear in court in the coming days.

The post ‘I’m not OK with that’: Viral TikTok shows angry Karen tearing down Ring camera appeared first on The Daily Dot.