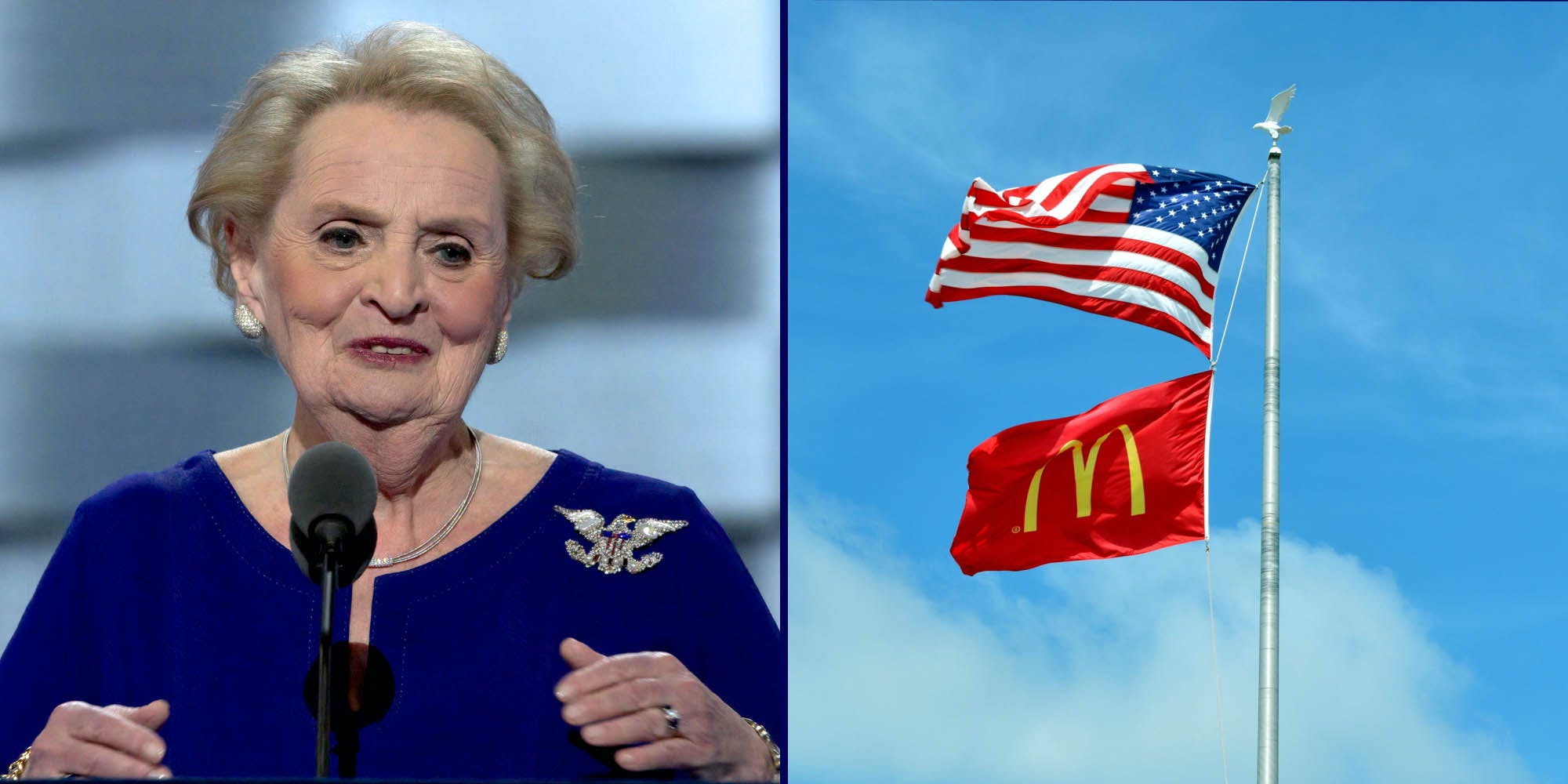 Madeleine Albright, the first female Secretary of State, died Wednesday at 84. Tributes and criticisms poured in for trailblazer who served under former President Bill Clinton.

One tribute attracted more attention than others. A photo of the flags flying at half-mast at the United States’ Navy Base in Guantanamo Bay in Albright’s honor went viral. One of the flags is the McDonald’s flag.

New York Times reporter Carol Rosenberg tweeted two photos of the flags, noting they were approved for release. One of the images also shows the golden arches of the Guantanamo Bay McDonald’s.

It does make sense that the McDonald’s flag was at half-mast, as it would’ve violated federal flag code for it to fly above the U.S. flag.

The golden arches’ honor still struck many as strange, in part because they were surprised to learn that the ubiquitously American fast food restaurant has a location in Guantanamo Bay.

“THERE IS A MCD’s at GITMO?” tweeted @livingstondj.

Some referenced the more controversial elements of Albright’s record, such as her support for U.S. intervention in foreign conflicts.

Most came to the comment section for jokes and memes, such as “United States of McDonald’s.” They were not disappointed.

“The Hamburglar will recite ‘O’ Captain! My Captain!’ by the frostee machine,” wrote one.

“In consolation of the death of Madeline Albright, McDonald’s is pleased to announce the McRib is back,” joked another, referring to the cult classic sandwich.

Albright’s family said she died of cancer. Details about her funeral service have not been released.

The post ‘I’m mournin’ it’: Photo of Guantanamo Bay McDonald’s flag at half mast for Madeleine Albright goes viral appeared first on The Daily Dot.