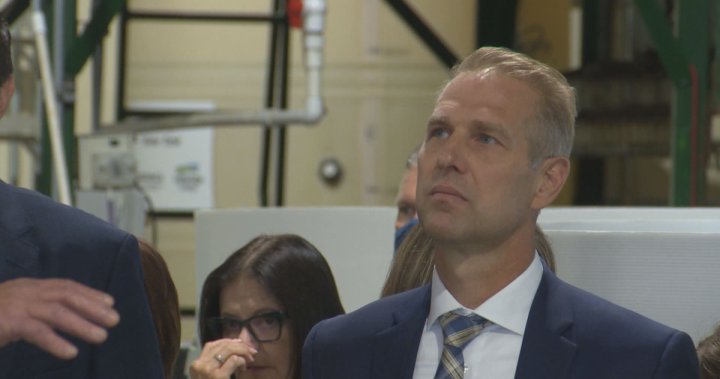 Lethbridge-East MLA and United Conservative Party caucus chair Nathan Neudorf has found himself under scrutiny over comments he made during an interview with a Lethbridge media outlet on Friday.

In the interview, Neudorf was asked about the potential of more restrictions being placed on business due to the pandemic. He likened the COVID-19 situation in Alberta to that of the United Kingdom, suggesting he was hopeful for an increase in infections.

“In the U.K., we also saw a rapid rise of case numbers,” Neudorf said. “But then an equally-rapid decline as it finished going through the unvaccinated population — it didn’t have anywhere else to go.”

“I’m very hopeful that (Alberta) will see the same kind of trend,” he said. “Maybe a bit of an accelerated case (count), but then a very quick decline as well, allowing us to safely keep businesses open, so we don’t have to add further restrictions.”

“We will keep what we’ve got in place right now: allow the opening of school to see what happens there, but will continue to watch those numbers and monitor safely. We want to keep the economy going as best we can, as well.”

Following his comments, an explosion of criticism ensued online, with the official opposition even calling on him to resign as caucus chair.

“I was frankly stunned to hear those comments,” said NDP health critic David Shepherd, adding it’s been weeks since top officials have held a conference on the state of COVID-19 in the province.

Not a word from Premier Kenney or Min Shandro on how they plan to respond to the rising 4th wave of COVID.

But it seems UCP Caucus Chair, MLA Neudorf has a preview.

When it comes to the Delta variant, they’re just going to let ‘er rip. #ableg https://t.co/6tvK31H0FY

“No one has spoken to the rapid rise in case counts and hospitalizations and case counts from COVID-19 in the province,” Shepherd said.

“This is the first word Albertans heard, and what they heard from MLA Neudorf is that (the government intends) to simply let the coronavirus — the Delta variant — rip through the unvaccinated population in the hopes that we would maybe see a drop.”

Dr. Paul Parks, president of the emergency medicine sector of the Alberta Medical Association, was disappointed to hear Neudorf liken the situation in Alberta to that of the U.K., which is now experiencing an increase in COVID-19 cases once again.

“I would just strongly urge our MLA leaders and our government leaders to not cherry pick data, not give a best guess,” Dr. Parks said. “The U.K. has a different scenarios, their vaccination rates were very different.”

Read more:
Masks will be mandatory in all indoor spaces in Edmonton this Friday

An emergency medical physician in Medicine Hat, Dr. Parks said it was a mistake to eliminate simple health measures like masking in the first place and doesn’t want the province to become complacent, further overwhelming the health care system.

“The public and our leadership in government are not understanding our calls and our pleas for distress, telling everybody how strained our system is already.”

On Monday, Neudorf responded to the backlash during a press conference for a separate matter at Lethbridge College.

He didn’t apologize or retract his statement, but tried to clarify his intentions.

“I never hoped for cases to go up,” Neudorf explained. “To clarify my point: again we have seen cases rise in Alberta over the past several weeks and we have seen that largely amongst the unvaccinated population.

“I’m actually hoping that the numbers will drop very quickly and level off like we’ve seen in other jurisdictions.”

Neudorf added he was speaking from his own “personal understanding” and explained the government’s position is to encourage as many people as possible to get vaccinated.

“As to government’s plan, it was to encourage as many Albertans as possible to be vaccinated and trust that they work, and see the limit of the spread of COVID-19.”

According to provincial COVID-19 data, 18 per cent of new and active cases are among fully-vaccinated Albertans.

When Global News reached out to Health Minister Tyler Shandro’s office for comment, we were directed back to Neudorf.